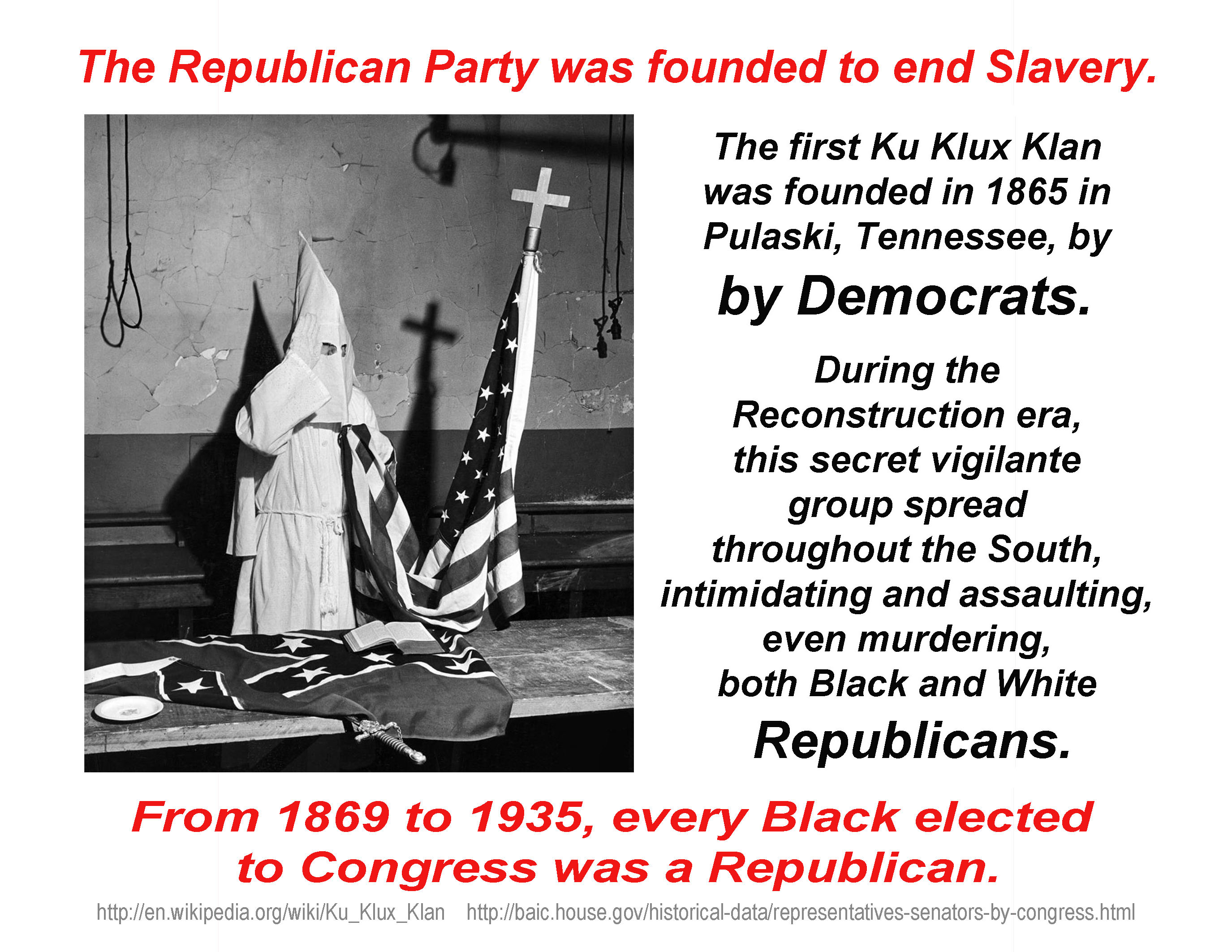 Liberals and the political pundits LOVE the term “the narrative”, the story. Communication theorist Walter Fisher believes that “humans are essentially storytellers” and that “Our rationality is determined by our sense of narrative probability (the coherency of the narrative) and narrative fidelity (whether the story rings true with what we already know to be true).” The narratives that surround us shape our world, our understandings, our beliefs of what is true. Jesus knew the power of the narrative and consequently spoke in parables. But while Jesus used parables to reveal the truth, narratives can also be used to disseminate lies.

The liberals have been controlling the narrative for years and they have convinced too many people that conservatives are mean, selfish, racist bigots, as I was just called by a liberal on Facebook.  They have controlled the narrative on “Global Warming” in spite of the fact that scientific evidence has clearly disproved its assumptions, assumptions which the environmentalists use to regulate our nation at every turn and to destroy industry in the process. They have controlled the narrative and defined conservatism, patriotism, Christians, the Tea Party, and even Americans as hateful extremists and terrorists. The same brain-dead liberal who disparaged me on Facebook said that ALL conservatives are extremists and that the majority of Americans want Progressive policies. This only proved to me that he had swallowed the narrative whole and that all conversation was wasted on him. The liberals have also controlled the narrative of black Americans in this country. I will not say “the black community” because we must address individuals, not collectives.¹

My 20+ years teaching in urban schools have revealed to me the negative consequences of the liberal narrative. It is my experiences of the failure of urban schools that has made me reject liberal ideas and return to the roots of American conservatism. I deeply believe in my students, but I have watched liberal policies destroy opportunities for my students to succeed as individuals year after year after year. Therefore, in this article, I will focus on the narrative shoved down the American throat by the liberal propaganda machine and as revealed to me through my students. I cannot cover everything. That would take a book. But I will provide a few key examples.

Black Americans have been fed a false narrative regarding history. Taking back the narrative starts with undoing revisionist history. Everyone accepts that the South bred racists, but few know the facts about who the southern racists really were. Most people today have been led to believe that it must have been Republicans and conservatives; however, the Southern Manifesto “written in February and March 1956, in the United States Congress, in opposition to racial integration of public places” was signed by 99 politicians 97 of whom were Democrats!  Interestingly, the PBS page with this complete document does not mention that most of the signers were Democrats, which would be an inconvenient truth for the liberals.

The fact is that Southern Democrats were deeply racist and it was the Republicans, including Republican MLK Jr. who fought for civil rights. One example that I borrowed from Black conservative Kevin Jackson’s website, The Black Sphere, reveals the real LBJ. Johnson, praised for his actions on the Civil Rights front, only publicly changed his racist position when forced to do so. In 1957, this is what he first had to say:

“These Negroes, they’re getting pretty uppity these days and that’s a problem for us since they’ve got something now they never had before, the political pull to back up their uppityness. Now we’ve got to do something about this, we’ve got to give them a little something, just enough to quiet them down, not enough to make a difference.”

Southern racists were democrats, but as Alinsky taught, one should not remain “committed to so-called principles or positions” as long as it is expedient to change.  LBJ found it expedient to be for Civil Rights later.

“After dragging his feet on the civil rights bill throughout much of 1957, Johnson finally came to the conclusion that the tide had turned in favor of civil rights and he needed to be on the right side of the issue if he hoped to become president. . . .”

Johnson was NOT suddenly enlightened. He still cared no more for black American rights; he was just willing to lie to get what he wanted. Like Johnson, the KKK were Democrats, a fact which I occasionally let slip to a student or two when we are in an out-of-class conversation. They are ALWAYS shocked. I tell them to look it up, don’t take my word for it. Black Americans have been told over and over that only the Democrats and liberals love them, but this is clearly a lie.

Black Americans have been fed the narrative that one cannot be a conservative if one is black. Blacks are not given the freedom to choose on which political side they stand. I once had a student walk into my class during my planning period. I was listening to Allen West while grading papers. She asked me to whom I was listening. I told her “Allen West, a black conservative”. She replied, “There are black conservatives?!!! I didn’t know such a thing existed.” I responded, “Indeed there are many, but there are people who don’t want you to know that.” The liberals have controlled this narrative by calling any black American who stands up for conservative principles Uncle Toms, house slaves, and other deeply offensive epithets. Their goal is to gag black conservatives. The liberal narrative has also convinced black Americans that there is only one way to be authentically black, and that must include being a liberal Democrat.

Black Americans are constantly being told that they are racially oppressed even though the facts in front of them prove otherwise. Many of my students are convinced that things are no better for the average black person today than they were in 1920 Mississippi and Alabama, even while proudly embracing  a “black” president.  Another time, during a planning period, a young lady, whom I had taught the previous year, walked into my classroom and said, “I just hate white people!” My first response was, “Well, that’s an interesting thing to say to me,” and secondly, “Did something happen to make you feel this way?” She couldn’t say. I asked her if someone had called her a name; denied her a job; kept her from living in a neighborhood; physically hurt her? I went down the list and she could not identify one single instance of racism in her experience, so I asked her, “Then why do you hate White people?” All that she could say was, “I don’t know.” She hears the liberal narrative and cannot separate it from her own experiences, which do not include being oppressed.

My students also tell me that all white Americans are rich with five car garages and 14 room houses, in spite of numbers presented to them from the Census Bureau showing that the average white American is lower middle class, with a larger number in poverty than there are blacks in poverty (though a smaller percentage). At my first school, I lived and taught in the very poor equally mixed black/white neighborhood known in Baltimore as SOWEBO. This neighborhood also had a Bohemian sub-culture of artists and musicians. The rent was quite cheap. My poor black students lived next to poor, often even poorer, white families. Still, my black students claimed that all whites were rich in spite of the fact that they could look right next door and see that it was not true.

The liberals have also convinced black Americans that empowerment is tied to entitlement. The fact is that the more entitlements given to a person, the less they are empowered, the less personal control that individual has over his own life. Look at the terrible impact of welfare on the black family structure. Conservatives offer the empowerment of self-reliance and self-determination. Those black Americans who understand this and who work toward self-reliance are NOT mired down in an endless cycle of violence and poverty, of  the uneducated and the unemployed, of the powerlessness in which the liberal narrative encapsulates black Americans. The real fact is that liberals think black Americans are incapable of taking care of themselves; therefore, they (the liberals) will provide all that blacks need. Remember, liberals do not even believe that black Americans are capable of getting voter IDs for themselves.

Conservatives MUST SIEZE THE NARRATIVE. We must tell the real story of opportunity, self-reliance, individual freedom, and American Exceptionalism. The liberal narrative is a lie, but when one hears that narrative over and over again, it becomes your “truth”. LIBERALS DO NOT HESITATE TO LIE! Alinsky encouraged lying and unethical actions as long as it got the radicals what they wanted. Remember that “radical” means to tear up by the roots. The radical liberals who are controlling the narrative want to tear up the roots of human freedom, self-reliance, and individual dignity planted by the Founding Fathers when they started this Republic. We need to start calling them liars that they are, but most importantly, we need to seize the narrative and take back America.

¹The phrase “the black community” has been almost universally adopted by liberals and conservatives. This is part of the liberal narrative too. The minute you define a people constantly as a community, you effectively collectivize them. George Orwell wrote about the dangers of language manipulation in his famous essay “Politics and the English Language” and the use of “community” in this case is an excellent example. To assume that any group is one “community” all thinking and acting alike, collectivizes those individuals in that community and robs the individuals in that group of their humanity. The only collective term I will use is “Americans”, because implicit in that term is that Americans are individuals. Sometimes, for the sake of a particular discussion, one must identify a particular sub-set of Americans, Therefore, I propose that we STOP saying “black community” and refer to black Americans or white Americans or Chinese Americans only when such identification is key to the discussion. BTW: Orwell’s essay had a major impact on my choice to become an English teacher.