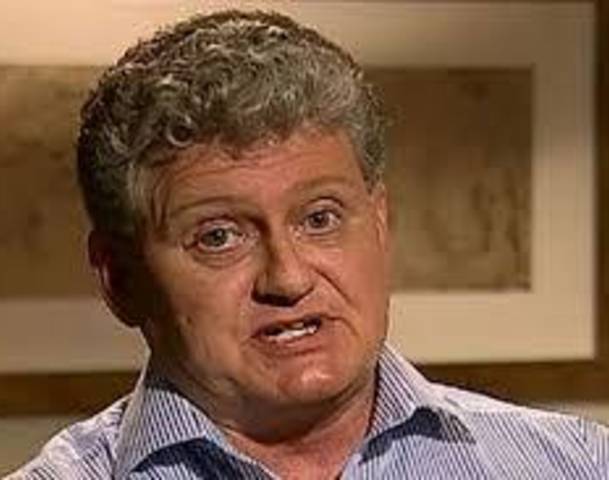 Below ia a complete transcript of the letter sent by Lon Snowden and Bruce Fein, his lawyer, to President Obama on July 26th, 2013.

Re: Civil Disobedience, Edward J. Snowden, and the Constitution

You are acutely aware that the history of liberty is a history of civil disobedience to unjust laws or practices. As Edmund Burke sermonized, “All that is necessary for the triumph of evil is that good men do nothing.”

Civil disobedience is not the first, but the last option. Henry David Thoreau wrote with profound restraint in Civil Disobedience: “If the injustice is part of the necessary friction of the machine of government, let it go, let it go: perchance it will wear smooth certainly the machine will wear out. If the injustice has a spring, or a pulley, or a rope, or a crank, exclusively for itself, then perhaps you may consider whether the remedy will not be worse than the evil; but if it is of such a nature that it requires you to be the agent of injustice to another, then, I say, break the law. Let your life be a counter friction to stop the machine.”

A dark chapter in America’s World War II history would not have been written if the then United States Attorney General had resigned rather than participate in racist concentration camps imprisoning 120,000 Japanese American citizens and resident aliens.

Civil disobedience to the Fugitive Slave Act and Jim Crow laws provoked the end of slavery and the modern civil rights revolution.

We submit that Edward J. Snowden’s disclosures of dragnet surveillance of Americans under § 215 of the Patriot Act, § 702 of the Foreign Intelligence Surveillance Act Amendments, or otherwise were sanctioned by Thoreau’s time-honored moral philosophy and justifications for civil disobedience. Since 2005, Mr. Snowden had been employed by the intelligence community. He found himself complicit in secret, indiscriminate spying on millions of innocent citizens contrary to the spirit if not the letter of the First and Fourth Amendments and the transparency indispensable to self-government. Members of Congress entrusted with oversight remained silent or Delphic. Mr. Snowden confronted a choice between civic duty and passivity. He may have recalled the injunction of Martin Luther King, Jr.: “He who passively accepts evil is as much involved in it as he who helps to perpetrate it.” Mr. Snowden chose duty. Your administration vindictively responded with a criminal complaint alleging violations of the Espionage Act.

From the commencement of your administration, your secrecy of the National Security Agency’s Orwellian surveillance programs had frustrated a national conversation over their legality, necessity, or morality. That secrecy (combined with congressional nonfeasance) provoked Edward’s disclosures, which sparked a national conversation which you have belatedly and cynically embraced. Legislation has been introduced in both the House of Representatives and Senate to curtail or terminate the NSA’s programs, and the American people are being educated to the public policy choices at hand. A commanding majority now voice concerns over the dragnet surveillance of Americans that Edward exposed and you concealed. It seems mystifying to us that you are prosecuting Edward for accomplishing what you have said urgently needed to be done!

The right to be left alone from government snooping–the most cherished right among civilized people—is the cornerstone of liberty. Supreme Court Justice Robert Jackson served as Chief Prosecutor at Nuremburg. He came to learn of the dynamics of the Third Reich that crushed a free society, and which have lessons for the United States today.

Writing in Brinegar v. United States, Justice Jackson elaborated:
The Fourth Amendment states: “The right of the people to be secure in their persons, houses, papers, and effects, against unreasonable searches and seizures, shall not be violated, and no Warrants shall issue, but upon probable cause, supported by Oath or affirmation, and particularly describing the place to be searched, and the persons or things to be seized.”

These, I protest, are not mere second-class rights but belong in the catalog of indispensable freedoms. Among deprivations of rights, none is so effective in cowing a population, crushing the spirit of the individual and putting terror in every heart. Uncontrolled search and seizure is one of the first and most effective weapons in the arsenal of every arbitrary government. And one need only briefly to have dwelt and worked among a people possessed of many admirable qualities but deprived of these rights to know that the human personality deteriorates and dignity and self-reliance disappear where homes, persons and possessions are subject at any hour to unheralded search and seizure by the police.

We thus find your administration’s zeal to punish Mr. Snowden’s discharge of civic duty to protect democratic processes and to safeguard liberty to be unconscionable and indefensible.

We are also appalled at your administration’s scorn for due process, the rule of law, fairness, and the presumption of innocence as regards Edward.

On June 27, 2013, Mr. Fein wrote a letter to the Attorney General stating that Edward’s father was substantially convinced that he would return to the United States to confront the charges that have been lodged against him if three cornerstones of due process were guaranteed. The letter was not an ultimatum, but an invitation to discuss fair trial imperatives. The Attorney General has sneered at the overture with studied silence.

We thus suspect your administration wishes to avoid a trial because of constitutional doubts about application of the Espionage Act in these circumstances, and obligations to disclose to the public potentially embarrassing classified information under the Classified Information Procedures Act.

Your decision to force down a civilian airliner carrying Bolivian President Eva Morales in hopes of kidnapping Edward also does not inspire confidence that you are committed to providing him a fair trial. Neither does your refusal to remind the American people and prominent Democrats and Republicans in the House and Senate like House Speaker John Boehner, Congresswoman Nancy Pelosi, Congresswoman Michele Bachmann,and Senator Dianne Feinstein that Edward enjoys a presumption of innocence. He should not be convicted before trial. Yet Speaker Boehner has denounced Edward as a “traitor.”

Ms. Pelosi has pontificated that Edward “did violate the law in terms of releasing those documents.” Ms. Bachmann has pronounced that, “This was not the act of a patriot; this was an act of a traitor.” And Ms. Feinstein has decreed that Edward was guilty of “treason,” which is defined in Article III of the Constitution as “levying war” against the United States, “or in adhering to their enemies, giving them aid and comfort.”

You have let those quadruple affronts to due process pass unrebuked, while you have disparaged Edward as a “hacker” to cast aspersion on his motivations and talents. Have you forgotten the Supreme Court’s gospel in Berger v. United States that the interests of the government “in a criminal prosecution is not that it shall win a case, but that justice shall be done?”

We also find reprehensible your administration’s Espionage Act prosecution of Edward for disclosures indistinguishable from those which routinely find their way into the public domain via your high level appointees for partisan political advantage. Classified details of your predator drone protocols, for instance, were shared with the New York Times with impunity to bolster your national security credentials. Justice Jackson observed in Railway Express Agency, Inc. v. New York: “The framers of the Constitution knew, and we should not forget today, that there is no more effective practical guaranty against arbitrary and unreasonable government than to require that the principles of law which officials would impose upon a minority must be imposed generally.”

In light of the circumstances amplified above, we urge you to order the Attorney General to move to dismiss the outstanding criminal complaint against Edward, and to support legislation to remedy the NSA surveillance abuses he revealed. Such presidential directives would mark your finest constitutional and moral hour.

Here’s an interesting note that applies to what Fein and Snowden talk about in this letter. The Sunlight Foundation reported that, just two days after the Snowden/NSA scandal hit, Obama’s change.gov website disappeared from the internet.

The site was launched in 2008 and had a lot of interesting information which may be outdated such as the following:

Protect Whistleblowers: Often the best source of information about waste, fraud, and abuse in government is an existing government employee committed to public integrity and willing to speak out. Such acts of courage and patriotism, which can sometimes save lives and often save taxpayer dollars, should be encouraged rather than stifled. We need to empower federal employees as watchdogs of wrongdoing and partners in performance. Barack Obama will strengthen whistleblower laws to protect federal workers who expose waste, fraud, and abuse of authority in government. Obama will ensure that federal agencies expedite the process for reviewing whistleblower claims and whistleblowers have full access to courts and due process.

Well played Mr. President. We can’t be leaving information like that up and available for the public to read. It’s tough enough trying to be a dictator without people continually thinking they have a voice in things. The last thing we would want is for the public to think that whistleblowers are encouraged by this administration.