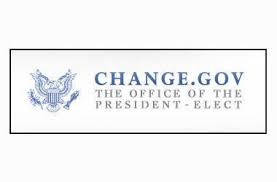 The first rule of career criminals, a.k.a. politicians, is to get rid of the evidence and that’s exactly what the Obama administration just attempted to do. The Change.gov website is gone as of June 8, 2013.

Here’s the rub. Nothing ever really disappears on the internet because there are sites that capture “archived” versions of these websites. So if you want to go back in time on the Wayback Time Machine you will see that the site was still there on June 7th. What significance might that date have? Let’s see…

Isn’t that about the same time that Edward Snowden leaked the NSA documents? It’s probably not just coincidence that the site would be taken down at that point. The site has been up since 2008 I sincerely doubt their timing is that perfect. It would seem that there was good reason to remove it with recent events unfolding.

To prove a point let’s revisit Obama’s whistleblower policies from the website.

Here is Barack Obama’s policy toward the value and treatment of whistleblowers. This is a quote from the June 7th version:

Protect Whistleblowers: Often the best source of information about waste, fraud, and abuse in government is an existing government employee committed to public integrity and willing to speak out. Such acts of courage and patriotism, which can sometimes save lives and often save taxpayer dollars, should be encouraged rather than stifled. We need to empower federal employees as watchdogs of wrongdoing and partners in performance. Barack Obama will strengthen whistleblower laws to protect federal workers who expose waste, fraud, and abuse of authority in government. Obama will ensure that federal agencies expedite the process for reviewing whistleblower claims and whistleblowers have full access to courts and due process.

Can you see how Obama might want this information taken down?

The internet is the great equalizer when it comes to truth in media. There is not much that they can hide when you have bloggers and journalists with an axe to grind.

According to this Obama is promising due process. He might have had it taken down when he was considering a drone strike of Edward Snowden. If you don’t think that conversation happened very early in this scandal then you are more trusting than I.

Regardless of the “why’s and wherefore’s” we can not dispute that the site is gone. Why wait 5 years to take something down that could have been taken down a long time ago?

Do you understand my point? There has been no sense of urgency to remove those words for 5 years but now there seems to be a bit of extra motivation with the Snowden situation.

It is just a little bit too convenient for me to call is coincidence. It appears to be, more accurately, just another attempted cover up of the facts that is not very well executed.

This is change we can believe in?

Mr. Obama, shame on you. We are not stupid and not all Americans are low information voters.