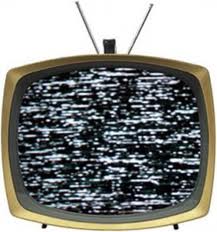 Anyone recall that thing called the sequester, which was supposed to impose serious, devastating cuts that would end the world as we know it? Yeah, I remember it and I recall how we are currently funneling billions of taxpayer dollars to our enemies, spending millions on a vacation or two every month for the Obamas. Additionally, I see us pumping billions into Obamacare, along with the millions more into the NSA spy program, even though we have every right to believe it is being used unlawfully. Just when you thought the feds

couldn’t be more wasteful in their spending, along comes a plane that flies around Cuba and beams American-sponsored TV programming to the island’s inhabitants. This little propaganda piece costs the US taxpayers $24 million, and the best part? Havana jams the broadcast signal so that few, if any, Cubans even see the broadcasts!

The program is run by the U.S. Broadcasting Board of Governors, and for the last two years, it has asked Congress to scrap the program, citing its exorbitant expense and dubious cost-effectiveness. “The signal is heavily jammed by the Cuban government, significantly limiting this platform’s reach and impact on the island,” reads the administration’s fiscal year 2014 budget request.

But each year, hard-line anti-Castro members of Congress have rejected the recommendation and renewed funding for the program, called AeroMarti. Now, under the restrictions of government-wide belt-tightening, AeroMarti may finally die, but its fate has yet to be sealed.

“It’s hard to believe we are still wasting millions of taxpayer dollars on beaming a jammed TV signal – that fewer than 1 percent of Cubans can see – from an airplane to the island,” Sen. Jeff Flake (R-AZ) tells The Cable.

For Flake and fellow critics of the program, AeroMarti has called into question America’s decades-long information war against the Castro regime. But other Castro critics say the U.S. must continue to find ways to disseminate messaging onto the autocratic island.

At the moment, the AeroMarti twin-engine Gulfstream 1 plane is grounded in Georgia due to the automatic spending cuts known as sequestration. But the program’s ultimate fate will be determined by the House and Senate Appropriations Committees.

Under ordinary circumstances, the plane flies a figure eight pattern near the Communist island beaming hours and hours of TV and Radio Marti, a U.S.-financed broadcaster akin to Radio Free Europe. From 2006 to 2010, AeroMarti burned through $5 million every year. In 2010, its budget was reduced to around $2 million per year. One iteration of the program involved a C-130 military plane and another involved a blimp attached to a cable 10,000 feet above the Florida Keys. All told, the flights have racked up a tab well over $24 million to U.S. taxpayers.

The US government has spent well near half a billion dollars on the Marti programming since its inception. Marti first aired on radio in 1985 and on television in 1990. It’s biggest supporters have been the underage prostitute scandal ridden Senator Robert Menendez (D-NJ), who chairs the Senate Foreign Relations Committee and Rep. Ileana Ros-Lehtinen (R-FL).

“I will continue to stand behind the mission of Radio and TV Marti until the Cuban government ceases to deprive its citizens of objective and uncensored media sources,” Menendez told The Cable. “The Martis play a critical role in providing information to the Cuban people about events in and outside of Cuba, connecting with nearly a million Cubans every week. In this day and age, there are numerous platforms, new media tools, and technologies available to the Martís to fulfill and continue this integral mission, and I believe we should use every possible medium to break through the Castro regime’s censorship barriers.”

The Obama administration’s request is to not continue AeroMarti. Congressmen will have to determine whether to support or oppose the proposal in Obama’s budget. So far, none have objected.

Senator Flake has come out against AeroMarti saying “While the president’s most recent budget request would stop funding the flights, Congress should do the same with the TV Marti program as a whole.”

According to John Nichols, a communications professor at Penn State University, “Proponents of the program say we can’t stop doing it because it would send a bad message to the Cuban government that we’re capitulating. That’s bogus: It’s ineffective, it wastes a huge amount of money and the compromise we make to keep it on air, knowing it violates international law, is not at all worth it.”

Marti also insists that the programming’s purpose is simply to peddle “anti-Castro propaganda.”

Carlos Garcia-Perez, director of the BBG’s Office of Cuba Broadcasting has said that Cubans are interested in the programming and cites records numbers, claiming that his facility is there “to provide the free-flow of information” against Castro’s draconian censorship of the press.” Garcia-Perez says he can reach 1 million Cubans and also claims that his website has gone from 500 per day in November 2010 to 7,000 hits per day and on a big event gets about 15,000.

That’s all fine and dandy, but is it worth it to taxpayers to be spending $24 million for people to get American radio and TV? I think not.