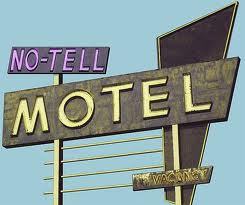 One has to wonder just why the Obama administration continues to push the National Security Agency’s snooping into American’s lives despite their clear violations of the Fourth Amendment. Could it be because that same NSA has been snooping on them and has uncovered dirt they are holding over their head to do their bidding? Last month it came to light that the NSA had, in fact, under the George W. Bush administration, snooped on many high-ranking military officials, judges, congressmen and senators, including a bit of spying in 2004 on then senator Barack Hussein Obama.

According to Russ Tice, a former intelligence analyst and whistleblower:

So just what would they do with information that they would pull on high profile individuals such as say a sitting president? Anyone remember David Petraeus? His admitted adultery with his biographer Paula Broadwell was exposed, leading to his resignation as head of the Central Intelligence Agency. While the revelation seemed to be recent to his resignation, US intelligence had been digging into Petraeus’ past for nearly a year, so it seems likely that they had dirt on Petraeus well before his resignation in November. Apparently, they were just waiting on the right time to inform him of their findings and push him out. That time came following Petraeus basically pointing the finger at Obama for the results of the attacks in Benghazi on September 11, 2012 and the revelation of a secret CIA prison being divulged by his mistress.

So what was found while digging into the past of a “40-something-year-old wannabe senator for Illinois”? One wonders if there was information gathered as to where the man is really from, but aside from that, one also wonders if it was discovered that he really did have a homosexual relationship and engaged in crack smoking with Larry Sinclair. Did they uncover what Kevin DuJan, a gossip columnist in Chicago, exposed regarding Barack Obama’s homosexual bar and bathhouse attendance?

If this information is indeed being held onto, then we would have to assume the objective is to keep Obama in power to do whatever his handlers want done.

We already know about the 2008 break-in of the passport office, which included the accessing of Obama’s personal passport, but was not limited to his diplomatic passport. Following the revelation of the break in, Obama admitted, for the first time in any public venue, to traveling to Pakistan in 1981.

That information was shared with at least one man, Lieutenant Quarles Harris Jr., who was found shot to death just nine days after Obama’s confession and a little over a month following the breach. Coincidence? I think not. However, we do know that the current CIA director John Brennan had some tie to the break-in and we suspect that he has the records or at the very least knows the contents of what was discovered.

However, two can play at that game and in March 2013, a group of Russian hackers got hold of John Brennan’s credit report, personal phone numbers, social security number, etc. It’s a stunt they have pulled previously on such people as Michelle Obama, Hillary Clinton, Al Gore, Joe Biden, Eric Holder and a slew of other famous people.

If Big Brother doesn’t mind doing that to someone in the highest office of the land, they don’t even blink when it comes to the average Joe like you or me.