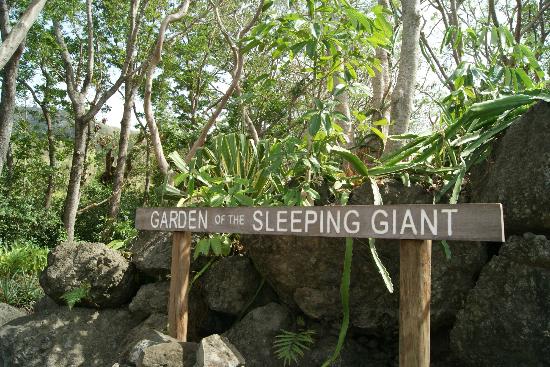 e with the American people again. He told CBS News that he can’t guarantee that Social Security checks will go out if Democrats and Republicans fail to reach an agreement to raise the debt ceiling by August 2.

“I cannot guarantee that those checks go out on August 3 if we haven’t resolved this issue, because there may simply not be the money in the coffers to do it,” Obama said in an interview on the CBS Evening News Tuesday evening.

“This is not just a matter of Social Security checks,” Obama said. “These are veteran’s checks, these are folks on disability and their checks. There are about 70 million checks that go out.”

This from a guy who just returned from an African vacation a month ago where he spend over 100 million dollars, and is planning a$7.6 million dollar get away in August at Martha’s Vineyards where they will be staying at a resort on the island. The homes have water access to Chilmark Pond, tennis courts and swimming pools.

The Vineyard Gazette reported that the Secret Service has booked 70 rooms and another five have been reserved for the Transportation Security Agency at rates running from $225-$345 a night. They are also installing phone lines on the island for use while he is there. I’m sure he will need a break after all the work he’s putting into this round of manipulation and lies.

It’s nothing for him to fly back and forth across the country on Air Force One, selling his agenda at the taxpayer’s expense. In 2010, the  military estimated the use of Air Force One to cost $181,757 per hour. This cost doesn’t include hotels, security, and the entourage that generally accompanies them.

Why it is that Obama threatens our seniors, veterans, the disabled, and those who paid money into the system when he wants to hold the nation hostage and shove the blame over onto the Republicans? Never mind. I just answered my own question, didn’t I? He wants to “shove the blame over onto the Republicans” so that if there is a government “shut down” he will “appear” innocent.

I’m sorry, Mr. President. It is absolutely impossible for any American who has their heads out of the sand and refuse to drink the Kool-Aid not to see what and who you are. If they don’t, then they have chosen to be a moron, or they don’t have enough working brain cells to be held liable for their actions.

Americans are getting fed up with the games these people are playing. That doesn’t just go for Obama and the Democrats. These people are almost all in on it. Most Democrats and Republicans are guilty of not only stealing from us, but manipulating us with their games.

The President says it’s time to raise the debt ceiling and the Republicans say no. Then the President says if we don’t raise the debt ceiling we will have to shut down the government and your parents, grandparents, and veterans will suffer. The Republicans pretend to stand up to him and finally “cave” just when they get to the right dollar amount they all agreed on beforehand.

He never threatens the ‘bridge to nowhere’ projects, or the groundbreaking in-depth studies to find out how snails have sex, or why lesbians are fat. Never once do you hear anyone in Washington say they will cut back on their own piece of the pie. No, they threaten my 80 year old mother who lives so far below the poverty line that she saves every dime she gets her hands on, throughout the year, after paying her bills so that she can pay her car, home, life, and medical insurances for the year.

My dad worked his entire life to provide that money for their old age. He’s gone now, but he thought when he died that she would be alright. He didn’t know that there would be a Communist coup in our government, leaving millions of defenseless Americans at the corrupt government’s mercy. These are the ones who stand by, wringing their hands, just hopping that there is a pea under at least one of the cups lawmakers are sliding around on the table this time.

Obama has been pushing for $4 trillion in a 10-year deficit reduction proposal. But House Speaker John Boehner, after seeking to forge a deal of that magnitude, told the president that a smaller, $2 trillion to $2.4 trillion deal was more realistic. A deal is essential to win Republican votes to increase the nation’s debt ceiling by Aug. 2, or risk a government default.

Senate Republican leader Mitch McConnell said Tuesday that Republicans will “do the responsible thing and ensure the government doesn’t default on its obligations,” but said Democrats and the Obama administration were relying on budget gimmicks to give the “appearance of serious belt-tightening.”

I have “rewritten” this Huffington Post piece to reflect what is actually going on in this latest debate:

Obama has been pushing for $4 trillion in a 10-year deficit reduction proposal. But House Speaker John Boehner, after waiting long enough to appear like he was trying to forge a deal, told the president that a smaller, $2 trillion to $2.4 trillion would be a good place to start the “pretended public debate”. A deal between Republicans and Democrats isn’t necessary because they agree that they will raise the debt ceiling by August 2, because the American people won’t risk a government default.

Senate Republican leader Mitch McConnell meant when he said on Tuesday that Republicans will “do the responsible (expected) thing and ensure the government doesn’t default on its obligations,” but said Democrats and the Obama administration were relying on budget gimmicks to give the “appearance of serious belt-tightening.” (While Republicans were relying on a duped public to give the “appearance of seriously protecting our nation.)

It’s time to get rid of these phonies in Washington. There are 537 elected law makers and 9 non-elected judges who are rewriting the laws and the Constitution as fast as they can get it past the gullible American people. We can look back over the past 100 years of American political history and see that shell game is a favorite. Every Administration has played it at one time or another, but most of them had a pea under a cup. This administration, Democrat and Republican pretenders have become so skilled at palming the pea before they start moving the cups that most people are still hoping that this time they will leave a pea in there somewhere. They will not.

I’m tired of these thugs threatening my mother. I’m tired of worrying about my children and wondering how they are going to get medical insurance for their children when the premiums cost them over 50% of their gross income. I’m tired of watching them demand freedom of speech for anyone who wants to destroy our beloved country while shutting out any voice of reason that breaks through their noise. It is time for a change. It is time for these bozos to know they have poked this sleeping giant with their sticks long enough. This giant is waking up and they’re not goint to like the monster they have created.