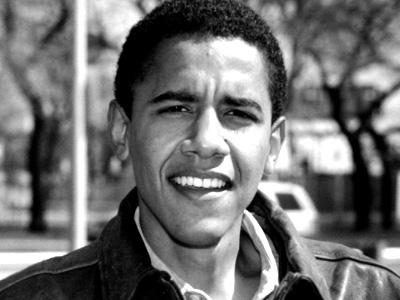 If you recall, we provided the image of the District of Columbia Board of Elections search of Barry Soetoro, which you can see below dated July 20, 2013. Notice he was registered 22 days before the 2012 elections.

While we are told that Barack Obama took the name Barry Soetoro due to the fact that his mother, Stanley Ann Dunham, had married Lolo Soetoro on March 15, 1965 when he was just four years old. Young Barry Soetoro and his mother went to live with Soetoro in Indonesia when he was only 6 years old, but that time was short lived as he was sent to Honolulu to live with his maternal grandparents at age 10.

We have no records of Obama changing his name from “Barry Soetoro” back to Barack Hussein Obama, Jr.

Now take a look at a screenshot, provided by Dr. Eowyn as of July 27, 2013, of the DC Board of Elections website concerning Barry Soetoro.

Sonoran News sent a Freedom of Information Act (FOIA) request to the D.C. Board of Elections and Ethics (DCBEE) director asking for a copy of the voter registration, if Soetoro voted in the Nov. 6, 2012 election, and what the process is for verifying voter registrations submitted by mail and online. This is the response from Senior Staff Attorney Terri Stroud at the DCBEE Office of the General Counsel:

“I am writing to acknowledge the receipt of your Freedom of Information Act (FOIA) request dated July 22, 2013.  In accordance with D.C. Official Code § 2-532(c), I will either make the documents you have requested, or a legally segregable portion thereof, available to you, or notify you of my determination not to make the requested documents available, on or before Monday, August 12, 2013, which is the 15th business day after the date upon which I received your request.”

So now let’s see if the Obama administration will allow the FOIA to be granted and if the documents will be made available to the public.

The Board’s regulations direct that any voter whose mail is returned undeliverable is to be deleted from the voter registration list if they do not cast a ballot and fail to respond to notices over the next two subsequent general elections for federal office. However, the Board does not entirely delete any record from its voter registration database. While records of individuals removed from the list of registered voters are marked as ‘deleted’ and do not appear in the poll book at precincts on Election Day, the record itself remains on file permanently and can be reinstated.

District residents are encouraged to register to vote or update their registration using the Board’s online tool at www.dcboee.org and to submit their completed voter registration application by mail by August 16, 2010. Between August 17 and August 30, residents can only register in person at the Board’s office. Once early voting begins on August 30 and at the polls on Election Day, residents can only register and cast a ballot if they bring with them a current photo ID, utility bill, bank statement, or government document listing their current address. Those individuals will be required to cast a special ballot, which will only be counted if the Board verifies that the voter meets all qualifications and has provided proper proof of residence.

So, this voter registration was made in October, which meant that Barry Soetoro had to appear with a current photo ID, utility bill, bank statement, or government document listing his current address. Furthermore, one wonders why the record of his registration is deleted after less than a year. According to the DC Board of Elections, they don’t do this. Thus, the plot thickens.