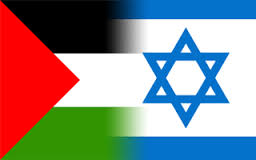 Peace talks with those out to kill you…NO I don’t think so for these talks are NOT about peace…NOT by a long shot. They’re about Israel being set-up to appease Obama’s brethren and NOTHING else.

But as a good faith measure leading into yesterday’s start of a new round of Washington pushed ‘supposed’ peace talks with the so-called Palestinians, Israel agreed to release in stages 104 of the most vile of Palestinian prisoners (prisoners who targeted, attacked, and killed women, children, soldiers, and Palestinian informers in the 80′s) as the talks progress…that is if they do progress. But don’t for a minute think that Benjamin Netanyahu is conceding to Palestinian demands for BiBi knows exactly what he’s doing and why he’s doing it…and rest assured BiBi does NOT do anything that’s NOT in Israel’s best interest.And above all know that a return to pre-67 borders will NOT happen (those old borders are now totally indefensible) nor will a divided Jerusalem ever be an option NO matter how much Barack HUSSEIN Obama or Palestinian Authority President Mahmoud Abbas wants it.

So while the so-called Palestinians (remember, there are NO such people as Palestinians…Yassir Arafat invented them in the 1960′s) want their state borders to be the West Bank, East Jerusalem, and the Gaza Strip (territories Israel captured in the ’67 war), and that Israel halt all settlement building in the West Bank claiming that the settlements deny them a viable and contiguous state, all Israel wants is security to live in peace.

Kind of says who the good guys are doesn’t it.

And I have an idea (one that I’ve thought about for years) that would assure peace for the tiny state of Israel who just wants to be left alone…tiny Israel surrounded by huge Arab states that find them a nuisance but who have an excess of land…and it’s rooted in common sense and oh so simple in concept…let those Arab states take their Palestinian brethren in.

Simple huh, after all the so-called Palestinians are NOTHING more than regular run of the mill Arabs just like all the other Arabs, and the surrounding Arab countries have plenty of land that’s unoccupied that could easily be turned over to them for their supposed oh so wanted homeland.

But the Arabs, especially those who want Israel to go bye-bye, do NOT want to even entertain such a common sense idea for then their true goal of wiping Israel off the map can’t be met, and that is the ultimate goal of NOT only Iran, Syria, and quite a few others, but also is the must be hushed up goal of Barack ‘I will stand with the muslims’ HUSSEIN Obama…and don’t let his phony photo-op words fool you into believing otherwise.

And believe me, Benjamin Netanyahu knows this very well…as much as he knows these new rounds of peace talks will fail just like all the previous talks failed for the so-called Palestinians do NOT want peace…they NEVER did and they NEVER will.

And adding to this supposition is the fact that there is a split and rivalry amongst the Palestinians politically wise…as Abbas and the Palestinian Authority is in control in the West Bank but islamic militant terror group Hamas (which seized Gaza from Abbas in 2007) is in control in Gaza. Hamas was NOT invited to the peace talks and rightly so as the word ‘peace’ is NOT part of their vocabulary for Hamas wants to establish an islamic state…an islamic caliphate…in all of historic Palestine, and that includes in what is now Israel.

Hamas is delusional for that has zero chance of ever happening.

But when you clear away all the pretty talk from Abbas, the Palestinian Authority really does NOT want peace either as they have had two decades of off and on talks with Israel to try and reach peace, and it has always been them who breaks any cease fire agreements reached. And anyway, what they really want, for they know they can NEVER beat Israel militarily wise, is to literally overrun Israel population wise…overrun Israel with their own so-called Palestinian people by claiming the ‘right of return’, creating demographic-by-numbers death for Israel.

Remember, the Palestinian refugees from the 1948 war along with their descendants (who now number in the millions), claim it’s their right to return to their original homes which they contend Israel ‘stole’ from them at Israel’s inception. But how wrong they are for the so-called Palestinians oh so ‘conveniently’ forget that when Israel was founded they were given a homeland of their own…it was called Transjordan but they refused to accept it, and in reality they really weren’t wanted there by the Jordanian people anyway…gee I wonder why (eyes rolling upward).

So, while both sides are meeting in Washington this week, I for one don’t see any real progress for peace being made as one side makes demands after demands,…expects concession after concession…while the other side only wants to be left alone to live their lives in peace in the land given to them by God…and that should be the deciding factor for the false god allah and his muslim minions have NO say over the dominion or word of God Almighty.

This article first appeared on Lady Patriots. Diane Sori is a staff write for Lady Patriots and a regular guest contributor of The D.C. Clothesline.