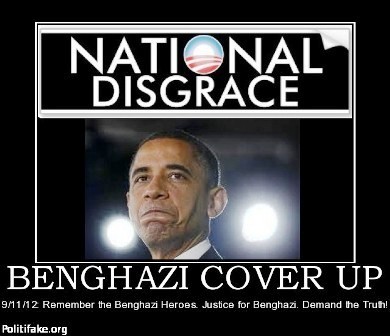 Last week, Representative Steve Stockman (R-TX) unveiled a 60 foot petition signed by 1,000 Special Operations Veterans demanding a select committee in Congress to investigate and end the cover-up of the Benghazi scandal and bring the truth to light. The unveiling of the document near the Capitol building was Stockman’s plan to force Speaker John Boehner’s (R-OH) hand on forming a special House committee to investigate Benghazi, even though he has said he will not do so. As I reported that, I mentioned Rep. Jason Chaffetz’ (R-UT) brief statement about the fact that the House Oversight Committee had conducted more than 25 hours of transcribed interviews, which was not released to the media. Now Congress confirms they are interviewing dozens of Benghazi witnesses and whistleblowers. Members of both the House and Senate and their staffers have held two classified hearings on the Benghazi attacks and spoken informally with several dozen additional witnesses, including some that are being referenced as “whistleblowers.”

Among those who have recently spoken to Congress is Marine Corps Col. George Bristol who was in the U.S. Africa Command (AFRICOM) chain of command on Sept. 11. Earlier this month, CBS News reported that the Pentagon declined Republican congressional requests to produce Bristol for interviews. At the time, the Pentagon said Bristol had retired and that they “cannot compel retired members to testify before Congress.”

However, after that report about Congress’ search for Bristol, the Pentagon contacted CBS News to say their original assessment was in error and that Bristol is not retired, after all. Instead, he’s on “terminal leave.” The Pentagon added: “In response to a request from [South Carolina Republican] Senator [Lindsey] Graham’s office earlier this month, Colonel George Bristol (USMC) will be available to meet with House and Senate members and their staffs.”

Bristol has since met with Graham and is set to testify Tuesday behind closed doors in front of the House Armed Services Committee.  Congress plans more Benghazi-related public hearings after they return from their August recess.

Bristol is set to meet with members of Congress on Wednesday behind closed doors for a classified briefing.

So far there have been no arrests in the attacks, even though we know who was behind them. No one has lost their job in the Obama administration over what took place and there continues to be stonewalling from the White House.

Is the lid about to be blown off this scandal that is anything but “phony”? I guess we are getting pretty close to the boiling point and Americans are demanding that justice be served.