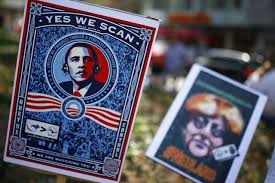 Remember when Edward Snowden made the claim that as long as he had an email address he could wiretap anyone’s online activities while sitting behind his desk? Remember the denials from the Obama regime and even the Republican Chairman of the House intelligence committee, Mike Rogers, who called Edward Snowden a liar? Remember how he was ridiculed for making this claim?

Meet Xkeyscore, the program that the NSA calls the widest reaching system for developing intelligence from the internet, for it does allow the Federal Government to do exactly what Edward Snowden claimed.

By filling out a form, and without a warrant, a Federal employee can log into XKeyscore and after approval is granted online based on general governmental concerns can spy on virtually everything that you do online. From Facebook chats to emails and even your browsing history–nothing is safe from the internet Gestapo.

But training materials for XKeyscore detail how analysts can use it and other systems to mine enormous agency databases by filling in a simple on-screen form giving only a broad justification for the search. The request is not reviewed by a court or any NSA personnel before it is processed.

XKeyscore, the documents boast, is the NSA’s “widest reaching” system developing intelligence from computer networks – what the agency calls Digital Network Intelligence (DNI). One presentation claims the program covers “nearly everything a typical user does on the internet”, including the content of emails, websites visited and searches, as well as theirmetadata.

Analysts can also use XKeyscore and other NSA systems to obtain ongoing “real-time” interception of an individual’s internet activity.

The purpose of XKeyscore is to allow analysts to search the metadata as well as the content of emails and other internet activity, such as browser history, even when there is no known email account (a “selector” in NSAparlance) associated with the individual being targeted.

Beyond emails, the XKeyscore system allows analysts to monitor a virtually unlimited array of other internet activities, including those within social media.

And Xkeyscore even allows for the targeting of Unites States citizens without a warrant:

Under US law, the NSA is required to obtain an individualized Fisawarrant only if the target of their surveillance is a ‘US person’, though no such warrant is required for intercepting the communications of Americans with foreign targets. But XKeyscore provides the technological capability, if not the legal authority, to target even US persons for extensive electronic surveillance without a warrant provided that some identifying information, such as their email or IP address, is known to the analyst.

Edward Snowden has been branded a traitor by many in the Congress, and to be honest I still have mixed feelings about what he did, but remember that just last week the Congress voted to allow the NSA to continue its domestic spying program, which includes XKeyscore, so if Edward Snowden is a traitor so to is every single Washington elitist, ruling class politician who voted to uphold this policy, for they have violated their oath to uphold and defend the Constitution.

I am not one to throw around the ‘T’ word but what is this violation of the Constitution by those who have sworn to defend the American people against this type of usurpation if it is not traitorous?