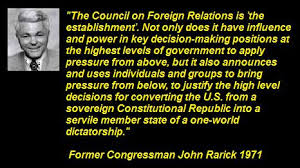 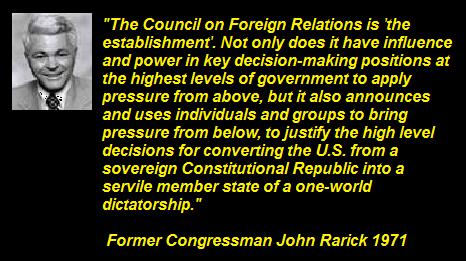 A hacker by the name of Guccifer has been exposing members of those referenced as the “ruling class.” He’s even pulled off linking Colin Powell and Tony Blair to the Bohemian Grove. In his latest hack he has released the emails of over 1000 Council on Foreign Relations (CFR) members.

According to NBC News:

The government transparency website Cryptome.org has published 1,350 names and email addresses of corporate titans, media figures and policy executives who are on the Council on Foreign Relations.  The list includes hundreds of intelligence, defense, government and corporate heavyweights who are members of the New York-based group.

All are contained in a 76-page contact list of CFR members interested in intelligence issues.  The Council on Foreign Relations responded to reports of the hacking by noting that the hack itself was not of the organization’s computer network but of an individual email account that contained the list.

The list, which you can download here, exposes many people, including their email addresses, from around the world who are directly involved in the CFR, specifically those interested in intelligence issues. However, it’s not always individuals, but also organizations that are working to mold the government in their image.

In fact, we have seen some of this in the past. George W. Bush’s PATRIOT Act was not his idea. It was developed by a think tank called the “Project for a New American Century.” The same is true with Barack Obama’s Affordable Care Act. It was the work of a “policy institute,” not the result of his days in law school.

CFR and its members play a major role in foreign and economic policy, government stances on war, tax plans and welfare. Many of their proposals are pushed into Congress into law or are simply put before the President and used as executive orders within the Executive Branch.

Some of the most well-known, influential and powerful of these organizations are the committee of 300, the Bilderberg Group, The Council on Foreign Relations and the Trilateral Commission.

While many who are tied to these organizations are among the wealthiest people in the world and some even operate many of the world’s largest multinational corporations, I think it’s about time they be exposed as Guccifer has done.

Guccifer was the hacker that exposed personal emails and photos of George H. W. Bush back in February, revealing just how close to death the former president seemed to be at that time.