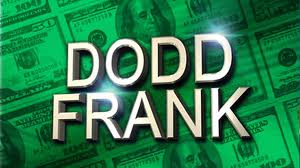 If you wonder why recent surveys put approval of Congress anywhere from a meager 21 percent to a microscopic 12 percent, don’t assume gridlock is the biggest problem. When Congress acts, it can make itself look even more hopeless.

Consider, for example, what happened after lawmakers passed a rule on executive compensation as part of the Dodd-Frank legislation, even though nobody in Congress knew how the rule would actually work. As it turns out, no one else knows either.

The Washington Post recently revisited the Dodd-Frank requirement, now three years old, that companies disclose how much more their CEOs earn than the company’s other employees. The provision has not yet gone into effect because Congress did not tell anyone how to comply with the rule, leaving that task to the Securities and Exchange Commission. But the SEC has been unable to come up with a workable mechanism.

Scott Kimpel, a partner at Hunton & Williams and former counsel to SEC commissioner Troy Paredes, said “I don’t think folks anticipated the complexity or the controversy… The corporate community pushed back.” (1) As a result of the pushback, the SEC missed its self-imposed deadlines in both 2011 and 2012. The rule still isn’t done.

This result is hardly surprising. There never was any demand for this sort of information from the people who invest in stocks and therefore own the public companies that would be burdened by the costs of complying with the rule. All of the impetus to collect this data came from unions, which wanted to bolster their demands for government succor with claims that corporate fat cats get too big a piece of the compensation pie. Just remember how executive compensation was used as a point of leverage for the United Auto Workers during the General Motors and Chrysler bailouts.

While it is certainly true in some cases that executive compensation is disproportionate, calculating pay ratios is going to do even less to change anything than the already-implemented, non-binding “say on pay” shareholder votes did. Shareholders have overwhelmingly said that they want their boards of directors to handle executive compensation. And chief executive pay was at its highest level ever in 2012, according to The New York Times. (2)

Supporters of the pay ratio rule argue that it should not be burdensome to release a simple ratio comparing chief executive compensation to that of other workers. Sure, anyone can compute a ratio. The problem is that other federal requirements make corporate executives attest to the accuracy of their public statements, on pain of imprisonment. And just as anyone can compute a ratio, anyone can find another way to compute that ratio and then argue that the first way was wrong. In practice, this rule would simply create a vehicle that aggrieved parties could use for litigation or that prosecutors looking to make their names could use to pursue whatever corporate leader would generate the biggest headline.

The second-best answer is for the SEC to ultimately conclude that it is incapable of implementing the rule in a way that would be both accurate and cost-effective. The agency could perhaps come out with a fig leaf alternative, such as comparing a company’s top executive pay (already computed for regulatory purposes) to pay derived from some arbitrary statistical benchmark that the SEC itself could prescribe. This would not be useful to anyone, but at least it would not be terribly harmful either.

The third-best answer is for the SEC to implement a foolish regulation in support of an equally foolish statute, knowing that it will promptly be thrown out by the courts. The SEC will then tell Congress that it tried, and everyone can go back to chasing the next photo-op.