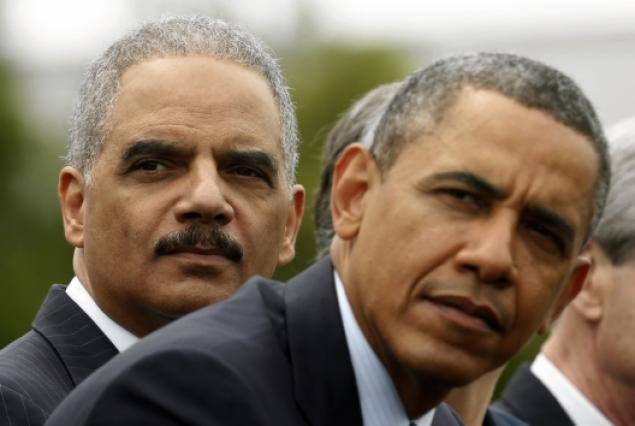 Fast on the heels of the recently issued Terror Alert by State Department officials which has resulted in both global Travel warnings as well as the impending closure of almost 2 dozen U.S. Embassies & consulates in Muslim dominated regions abroad, credible information within the State Department has cited the strong potential for planned terror attacks being implemented by “al-Qaeda” as the basis for this alert. In the shadow of this threat, I find it absurd then when we take into account this administrations drive to provide munitions to those factions in Syria posing as rebel fighters of whom it is common knowledge that thousands are known to be al-Qaeda operatives. Those same al-Qaeda operatives linked to the recent wholesale slaughter of Syrian Christian women & children.

Yet what does the fury & indignation expressed by millions of Americans against the arming of those enemies sworn to our destruction matter to the arbitrary musings & imperious whims of this magisterial dictator occupying our White House? Let the grisly fatality rate associated with this Presidency in his winding cortege of interminable scandals accompanied by virtually no accountability whatsoever be the answer you’re looking for.

However in the daily shoulder to shoulder bustle of competing News headlines, Terror Alerts aren’t the only thing creasing or raising peoples eyebrows today as yet more sordid details made their way into the public commonwealth connected to Obama’s most notorious phony scandal to date involving the September 11th, 2012, terror attack by Islamic (al-Qaeda linked) radicals on our U.S. Embassy in Benghazi which left our U.S. Ambassador & 3 other Americans murdered. Specifically the August 1st, 2013, CNN report claiming the CIA engaged in a massive, “unprecedented” intimidation campaign to keep incriminating specifics about Benghazi under wraps:

So we have Obama engaging in obstruction by dispersing Benghazi Survivors across the United States & changing their names in the midst of his administrations intimidation campaign & Darrell Issa’s ongoing investigation. We have more allegations surfacing, intimating that events that were taking place in Benghazi under the late Ambassador Steven’s stewardship at the time involved the shipping & transfer of  surface to air missiles out of Libya, through Turkey, & on into the hands of Syrian rebels. These would be the same stockpiles too by the way of thousands of surface to air missiles that had purportedly vanished without a trace immediately following the overthrow of Muammar Gaddafi’s regime at the height of the Libyan Civil War.

The rumors of gunrunning taking place out of Benghazi are nothing new. This has long been a point of speculation reinforced by a sense of intuitive certainty with many. Even if there currently exists no solid evidence with which to confirm & validate these suspicions held by some. The basis for these suspicions can most likely be traced back to a “plan” initially proposed in the summer of 2012 by then-Secretary of State Hillary Clinton & then-CIA Director David Petraeus to arm the Syrian rebels in their conflict to overthrow the government of Syrian President Bashar al-Assad. This proposal by Clinton & Petraeus however appeared to be rebuffed by the Obama administration when it was put forth.

Since then we had the terrorist attack of Benghazi resulting in the deaths of 4 Americans. A tragedy met with a subsequent series of haphazardly bizarre & inept efforts by this President & administration to obfuscate & conceal the facts & circumstances of this ordeal. Efforts that eventually brought back into question the possibility of a gunrunning operation gone bad as being the reason for this attack. Will we ever know tho’? Unlikely. Much the same too for another emerging Obama scandal building steam known as Extortion 17. A scandal with a far higher body count than that of Benghazi, but just as heinous in its own implications. Given the systemic deficiency of testicular fortitude by anyone in our government to seriously hold this remorseless Presidents feet to the fire for his trespasses, I suspect God & history will be the final arbiters in these matters.

Meanwhile, as the world burns, our nation continues on in its own precipitous spiral towards decline by design. Just part of the friendly service provided courtesy of the Democrat Party, their diverse collection of perverted politicians, deranged rabble-rousing constituents, & this utterly worthless opposition Party we have in the GOP. No thanks necessary & fear not lowly peasants! Even though we’re going to have Obamacare shoved down our collective throats, you can rest easy knowing our masters have seen fit in their vast suppository of accumulated wisdom & benevolent munificence (from high atop the lofty perch in their Ivory Towers) to exempt themselves from partaking in this wonderful blessing they wish to impose, uhh, I mean impart to the rest of us:

I know. I know. After reaching that destination in this wilderness where you find yourself in the clearing of “you couldn’t make this stuff up“, where do you go from there?? I know I’m not alone in viewing Obama as the patriarchal poster-boy for this Presidency of epidemic racial division, social upheaval, & derelict leadership. It gets so insane at times you almost expect Obama & Jay Carney to premiere their White House Press Conferences with a musical intro reminiscent of the Bugs Bunny Show. Then you remember that people have died because of this obscenity & laughing becomes the last thing you feel like doing.