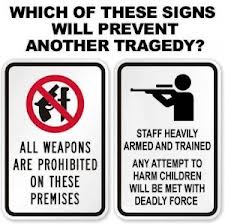 In Arkansas, gun ownership is pretty common and gun laws are relatively relaxed. However, no teacher was allowed to be armed, until now. A little known law has resulted in Arkansas training and arming 20 teachers, administrators and other school employees for the new school year.

Schools in Clarksville are making use of a little-known law that allows licensed, armed security guards on campus.

Lake Hamilton School District in Garland County was the closet to come to getting firearms in the hands of teachers. For years it’s kept several guns locked away in case of emergency, but only a handful of trained administrators, not teachers, have had access to those weapons.

Now, Clarksville is going further by actually training and putting weapons in the hands of teachers

Jonathon M. Seidl gives us a brief glimpse at the training as he writes:

As Cheyne Dougan rounded the corner at Clarksville High School, he saw three students on the floor moaning and crying. In a split-second, two more ran out of a nearby classroom.

“He’s got a gun,” one of them shouted as Dougan approached with his pistol drawn. Inside, he found one student holding another at gunpoint. Dougan aimed and fired three rounds at the gunman.

Preparing for such scenarios has become common for police after a school shooting in Connecticut last December left 20 children and six teachers dead. But Dougan is no policeman. He’s the assistant principal of this school in Arkansas, and when classes resume in August, he will walk the halls with a 9 mm handgun.

Superintendent David Hopkins said that the school district’s previous plan in the past was “Well, lock your doors, turn off your lights and hope for the best,” but he added, “That’s not a plan.”

Hopkins believed in utilizing those who were already employees of the schools to guard students, rather than paying for security.

“We’re not tying our money up in a guard 24/7 that we won’t have to have unless something happens. We’ve got these people who are already hired and using them in other areas,” Hopkins said. “Hopefully we’ll never have to use them as a security guard.”

Through a program, participants are given a one-time $1,100 stipend to purchase a handgun and holster. The district is paying about $50,000 for ammunition and training by Nighthawk Custom Training Academy.

Mr. Dougan said, “There’s pressure on you, because you’re shooting real bullets if this actually happened. I was nervous to start, but once it started and I was going through what they had taught us, it just took over.”

The training is specific for teachers responding to shooters on campus. “That teacher is going to respond to one thing and one thing alone, and that’s someone is in the building either actively or attempting to kill people,” Jon Hodoway, director of training for Nighthawk. “That’s it. They’re not going to enforce the law. They’re not going to make traffic stops. If somebody is outside acting the fool, they’re going to call the police.”

Students, who are children of teachers and staff, are also involved in the training to make it more realistic

Some parents though are against arming teachers. Sherry Wommack said it’s one of the reasons she is removing her eight grade son from Clarkesville schools. She doesn’t think teachers should be making life or death choices involving students. “I think police officers are trained to make those decisions, not teachers.”

I’ll just bet Ms. Wommack would be singing a different tune if what happened in Newtown, Connecticut happened in a Clarkesville school and a teacher was able to stop the massacre.

Personally, I don’t support tax dollars going to any of this, but the concept of the training and arming teachers and administrators I fully support. After all, they are not only protecting student, but also themselves. In fact, I’m often amazed at hearing stories where teachers have to bring in paper and pencils and have to use their own money to purchase supplies and yet here’s tens of thousands of dollars being spent on guns, training and ammunition. However, I’m glad to see that the school district is serious at least about letting citizens be able to carry their weapons to defend themselves and the students of the school. For that, I applaud their efforts.