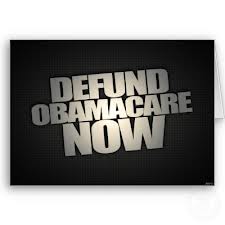 November 7, 2012 was an important date for a lot of us Republicans. That was the day Mitt Romney was supposed to become President of the United States and begin the pain staking task of repealing Obamacare.

Unfortunately the election did not go our way and Obamacare is on it’s way to implementation starting in 2014. Not much time is left to stop the inevitable train wreck which may collapse our healthcare system as we know it. Because we all that from that rubble this President wants to create a single payer government controlled national healthcare system.

So now is the time. There has never been a more important time in our current political generation. The federal government is set to centralize the healthcare industry in America. Not to mention the federal government will have access to our health records which is a massive invasion of privacy. Just wait until the federal government starts to get citizens financially with penalties assessed through medical records. Imagine a country where someone is penalized for being overweight.

Near the end of this year the federal government is coming upon the debt ceiling and spending limit negotiations. The current temporary measure to fund the government will expire in September, 2013. House Republicans actually have a chance to de-fund Obamacare at that time. Honestly there has never been a better opportunity.

If President Obama wants more money to spend, then he should lose Obamacare. This President has accumulated more debt than any President in United States history. So limiting his spending at this point would only be smart, but Obama is a whiner. He will cry and proclaim Republicans dislike minorities if he isn’t granted more money to spend.

House Republicans should make this offer: We will fund the entire government except Obamacare, and if Democrats don’t like that, the government will be shut down.

America is 17 trillion in debt. Health care premiums are essentially skyrocketing in cost. Fifty six percent of Americans are opposed to Obamacare. Obamacare mandates that poor people will be required to pay a health care premium every month or the IRS will fine them up to $2,000 a year for not purchasing it. These are only a few reasons it needs to be repealed and replaced.

House Republicans have big talk. Especially the leadership. It’s time we Republicans hold their feet to the fire and demand they finally attack Obamacare. This is the last time. The last opportunity. After the implementation in 2014 it will be almost impossible to get rid of the legislation.

If Republicans do not de-fund Obamacare, we need to replace them at the ballot box.