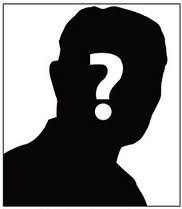 Sometimes I am really ashamed to be part of the human race. How on earth can there be so many haters in this world that anyone could get 400 death threats in one minute? We aren’t talking about The Pope or Barack Obama here. We aren’t talking about Mohamed Morsi. We are talking about George Zimmerman’s family. I’m sure most of you had a pretty good idea already. We have seen the idiots posting on Facebook and Twitter. We have seen the chaos, riots and protests. But I must admit that I was shocked to learn the number.

George Zimmerman’s brother today revealed their family receive as many as 400 death threats a minute on social media sites and said he almost got beaten up by two Starbucks’ employees.

Three weeks after his brother was acquitted of all charges relating to the shooting death of Trayvon Martin, Robert Zimmerman reveals for the first time the psychological impact it has had on the family – who live under constant fear and have to keep in touch 24/7.

‘No one has really asked us to get into the psychological aspect of this,’ he said. ‘You don’t know if some one stops you in public and says, “excuse me sir”, you don’t know if you dropped your wallet or if someone recognizes you and wants to kill you.

‘I think the whole ordeal has taught us to rely on one another. But it taxes everyone’s mind, knowing you have to stay in touch and in constant communication because of the threats.’

The situation only worsened after the verdict. “After the verdict, we all have the same concerns as before. We are all concerned about our safety,” said Zimmerman. But still, the Zimmerman family chooses to be constructive and stand together. Zimmerman said their main focus is: “Are we doing everything to stay alive at home, and if any of us have to leave, are we doing everything we can to support each other.”

The Zimmermans’ concerns are not without merit. The family receives death threats and has to monitor social media and events to determine when they are in less danger or when they can possibly go to the store. “We have to monitor social media and the internet to see if there are any rallies nearby that pose a specific threat and we avoid them,” said Zimmerman. “The death threats usually come on social media, some are emailed. There’s a lot of ‘you better watch your back, I know where u are, I’m going to get you.’”

I can not fathom receiving 400 death threats a minute. Why would you even bother counting? The reality that the Zimmerman family is now living in is certainly a bit of hell on earth.

I would ask that everyone keep them in their thoughts and prayers. Even if you believe Zimmerman is guilty, which most of our readers do not, his family does not deserve this. Even if he is guilty the punishment should be on him and not on his family.

I can not imagine the constant state of angst that they live in.

I’d like to spend a special Thank You to people like Reverend Al Sharpton, Jesse Jackson, Eric Holder and our president who have made sure that this family will never have peace again. With self-proclaimed “Christians” like that it is no wonder that people love to hate the followers of Jesus Christ.