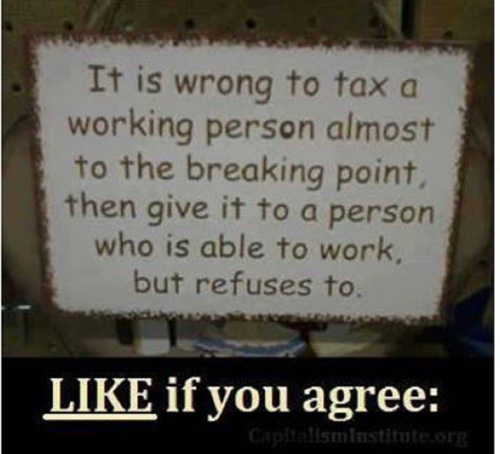 Why are we demonized for speaking the truth?

More than a year ago, in May 2012, Lance Roberts wrote that “Without government largesse many individuals would literally be living on the street.” As much as 1/5 or 22.5% of the average American’s income is dependent on “government transfers.”

One of those “government transfers” are Social Security Disability benefits.

There are two types of Social Security Disability benefits:

Unlike welfare, disability isn’t term-limited, and in some cases it’s become permanent unemployment insurance for the unemployable or those who simply refuse to work.

But how many of those on disability are actually disabled?

Luke Rosiak reports for the Washington Examiner, July 30, 2013, that a study by the Social Security Administration found some disturbing, but unsurprising, attributes of disability recipients:

Source: Public use file round 4

America’s national debt now exceeds our GDP and is closing in on $17 trillion. It doesn’t take an Albert Einstein to know that our super-extended welfare state cannot continue as it is. Indeed the danger signs are already visible.

“The disability program pays benefits averaging $1,111 a month,with the money coming from the Social Security payroll tax. The program cost $132 billion last year, more than the combined annual budgets of the departments of Agriculture, Homeland Security, Commerce, Labor, Interior and Justice. That doesn’t include an additional $80 billion spent because disability beneficiaries become eligible for Medicare, regardless of their age, after a two-year waiting period. The disability program is projected to exhaust its trust fund in 2016, according to a Social Security trustees report released last month. Once it runs through its reserve, incoming payroll-tax revenue will cover only 79% of benefits, according to the trustees. Because the plan is barred from running a deficit, aid would have to be cut to match revenue.”

Lastly, since the American Medical Association recently declared obesity to be a “disease,” expect even more Americans to apply for and receive Social Security Disability benefits.