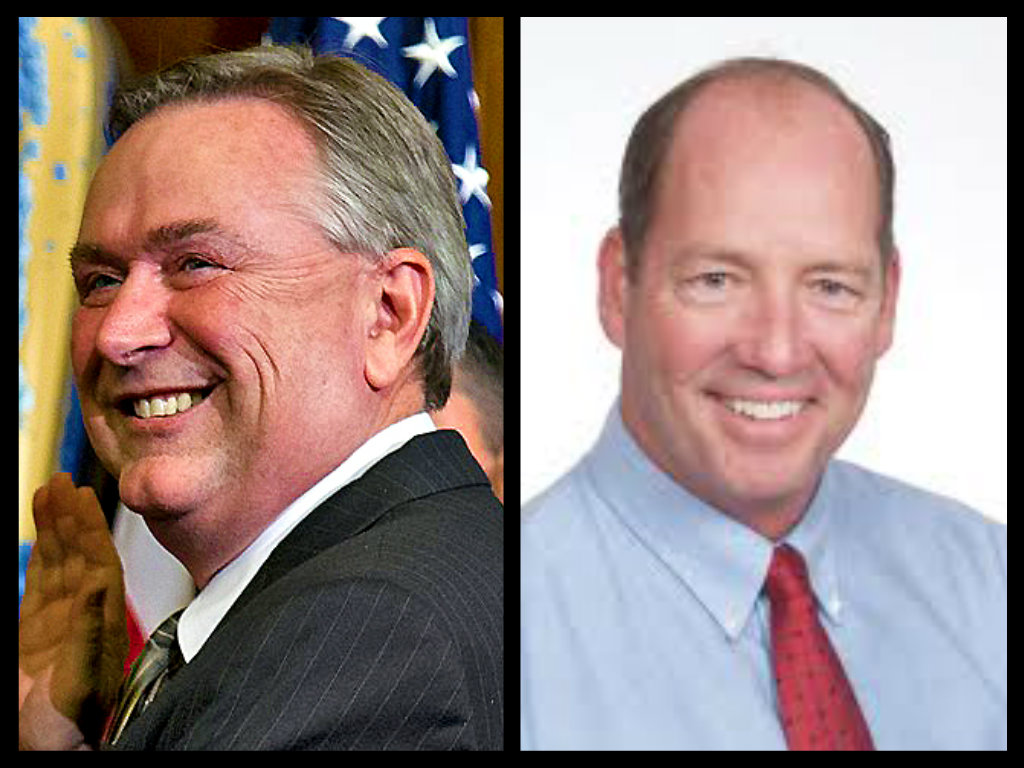 Steve Stockman is by far my favorite congressman. The brash Texan from the 36th District is not one to hold back anything in the pursuit of what he feels is just. This is the same man who had the guts to expose Barack Obama for using fake spambots in his gun control push, vowed to kill the senate gun bill  with a blue slip, vowed the same on immigration reform and raffled off an AR-15 in the middle of a national gun debate. The list goes on and on with Stockman. He is colorful and he is not afraid.

Do you know what I like about Steve Stockman? He walks the walk. He doesn’t seem to care if he might get a little egg on his face or be seen as a little eccentric. He simply sets out to do what he feels is right. He is not afraid of being embarrassed or failing. He just does it. That is refreshing in politics.

It’s refreshing to see a guy who comes from the heart and shows some passion. Steve Stockman has a pulse. He is not another regurgitated beltway zombie. He is one of us.

I’ve suspected this was coming for some time because I do follow the “birther” news. I don’t normally write about these issues but I am not afraid of them. I’m not going to hold back because you might laugh at me.

News came out over the weekend that Steve Stockman is busy drumming up support for a bill that will pursue the Obama ID Fraud case. As Cold Case Posse lead investigator Mike Zullo has been promising, the issue has finally made it to congress on the back of Steve Stockman. Who else would have the guts to sponsor such a bill? There are a few but you could certainly count them on one hand.

The announcement did not come from Stockman himself but rather from Ted Yoho (FL-3rd District) who worked it into a meeting last week. Here is an audio of Yoho addressing his constituents. Please notice the applause when he drops the bombshell.

I would not call Yoho’s endorsement “ringing” but at least he seems open-minded enough to look at it and hopefully follow what his constituents want.

Mike Zullo was interviewed by Carl Gallups and offered some words about Yoho’s bombshell announcement and how the people should proceed. Zullo is not overly optimistic and states that Stockman is currently trying to rally support for a bill and encourages people to get vocal in support.

For a lot of Americans this is what they have been waiting 4 1/2 years for. The ball is in your court America. If people are not on the phone, writing letters, sending emails and sending faxes then they can no longer complain about how congress won’t take up this fraudulent birth certificate fight.

If your local rep gets 5,000 communications it will be really hard for them to ignore this issue. Stockman needs his feet held to the fire as well. Yes, he might be the only guy in D.C. with the guts to pursue it but you must understand the extreme push back that he will surely face. If people really want this then they need to push Stockman forward. He will need encouragement.

And in order to get others to listen to him they will need prodding too. It may not matter how hard you push some of your elected servants but you have to try if you really want this issue to get escalated.

So what’s it gonna be? Are we going to be lazy and hope that Stockman and the rest of congress delivers? Or are we going to pick ourselves up one more time and fight?

We are all tired of the fight but this is also what many of us have been crying for.

Obama’s fake birth certificate is on the steps of the House. The American people have to help Stockman kick the door in. Or if you don’t think this is the best route to go, as Yoho suggested you should also make your opinion heard. If you think it’s simply stupid then feel free to tell your congressional servant. They will probably agree with you.

For the rest of us, who feel that this issue is of utmost importance, we have to get loud and we have to do it now. Fill up those message bins while congress is on break and let them know you want them working toward this when they get back.

But since when is that a good excuse not to try?

An American brings the fight against any odds and that is what made this country great. Until we start acting like Americans again then Washington D.C. will not respect us. That’s a fact. Until we stop begging and start demanding then they just laugh at us and call us stupid. We are not stupid and it’s time to demand that congress does their job. Tell them to support Stockman or they will lose your be looking for a new job.

Show Obama what you are made of. Do you want him gone?