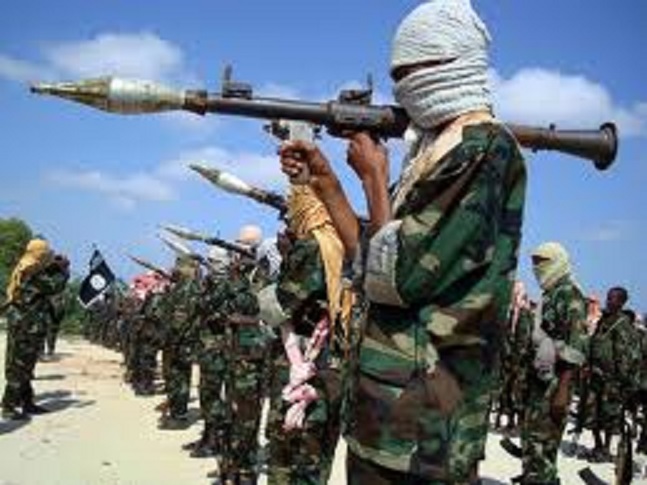 This all started under Obama.

“The fact that U.S. taxpayer money has ended up in the hands of terrorists and insurgents in Afghanistan is totally inexcusable. It’s sickening to think that we’ve been giving money to the very people who are killing our brave service men and women,” Rep. Jason Chaffetz, R-Utah, one of the co-sponsors, said in a statement.

It is sedition. These spineless, gutless Obama quislings must be purged.

“I am deeply troubled that the U.S. military can pursue, attack, and even kill terrorists and their supporters, but that some in the U.S. government believe we cannot prevent these same people from receiving a government contract,” Special Inspector General John Sopko wrote in a letter attached to the report.

The U.S. Army is refusing to suspend contracts with dozens of companies and individuals tied to Al Qaeda and other extremist groups out of concern for their “due process rights,” despite repeated pleas from the chief watchdog for Afghanistan reconstruction.

In a scathing passage of his latest report to Congress

, Special Inspector General John Sopko said his office has urged the Army to suspend or debar 43 contractors over concerns about ties to the Afghanistan insurgency, “including supporters of the Taliban, the Haqqani network and al Qaeda.”

Sopko wrote that the Army “rejected” every single case.

“The Army Suspension and Debarment Office appears to believe that suspension or debarment of these individuals and companies would be a violation of their due process rights if based on classified information or if based on findings by the Department of Commerce,” Sopko said, summing up the Army’s position.

The Army claims that Sopko’s office did not provide enough evidence to support its claims.

“The Army Procurement Fraud Branch did receive and review the 43 recommendations late last year, but the report did not include enough supporting evidence to initiate suspension and debarment proceedings under Federal Acquisition Regulations,” an Army spokesman said in a written statement.

The Army further explained that it can’t debar a contractor unless a “preponderance of the evidence” shows serious misconduct, and that the evidence the IG provided would not pass that test. However, the Army said it has already told the office it “stands ready to re-examine the 43 cases if all relevant unclassified and/or classified information is provided.”

The IG report was released last week, shortly before the U.S. government issued a global travel alert to Americans and shuttered nearly two-dozen embassies over the weekend out of concern over a possible Al Qaeda-driven plot.

The inspector general report covered everything from contractors to security to economic development. But it reserved some of its most pointed language for the Army’s refusal to cut ties with companies tied to the insurgency — calling the position “legally wrong” and “contrary” to good policy and national security goals.

Sopko pointed out the apparent disconnect between one part of the Army that is killing insurgents and the other part that allegedly is doing business with them.

“I am deeply troubled that the U.S. military can pursue, attack, and even kill terrorists and their supporters, but that some in the U.S. government believe we cannot prevent these same people from receiving a government contract,” he wrote in a letter attached to the report.

In the wake of the report, a bipartisan group of lawmakers introduced a bill aimed at restricting U.S. agencies from awarding contracts to supporters of extremist groups in Afghanistan. The bill would give the inspector general’s office the authority to suspend Afghanistan contractors when agencies fail to review companies the office has flagged.

“The fact that U.S. taxpayer money has ended up in the hands of terrorists and insurgents in Afghanistan is totally inexcusable. It’s sickening to think that we’ve been giving money to the very people who are killing our brave service men and women,” Rep. Jason Chaffetz, R-Utah, one of the co-sponsors, said in a statement.

In the report, Sopko’s office noted that the U.S. has suspended 59 contractors and debarred 68 contractors following allegations that they were engaged in fraud and other misconduct.

But the report said the refusal to send the same message to companies allegedly supporting terror and militant organizations is a “continuing problem.”

The report challenges the Army’s claim that there was not enough evidence. The report said in each of the 43 recommendations, the office provided “detailed supporting information demonstrating that these individuals and entities are providing material support to the insurgency in Afghanistan.” All were turned down.

“In other words, they may be enemies of the United States, but that is not enough to keep them from getting government contracts.”

The report said in many cases, there is no possibility of criminal prosecution, and suspension or debarment is the only option.