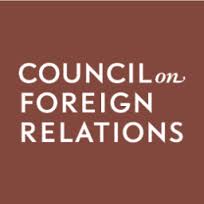 According to a recent report by the Council on Foreign Relations titled “A Strategy to Reduce Gun Trafficking and Violence in the Americas,” the group is calling for sweeping gun control laws in the United States in order to help reduce the violence in Latin America and the Caribbean.

The CFR highlighted the Mexican firearms trace data provided by the Bureau of Alcohol, Tobacco, Firearms and Explosives which indicate over 70 percent of the 99,000 weapons recovered by Mexican law enforcement since 2007 were traced to U.S. manufacturers and importers.

Obviously this should send up a red flag. Notice the claim is that the guns come from manufacturers and importers. Nothing is mentioned about 2,500 provided to Mexicans courtesy of ATF officials (the same ATF they are citing for their policy) under the supervision of the Obama administration. Furthermore, simply because an American company produces or imports firearms does not make them responsible for whose hands they fall into.

Furthermore, Mexico, like Chicago, is held up as an example of exemplary gun laws, but it seems they want to do the same thing that Chicago does and call on their neighbors to have stricter gun laws, claiming that people can bring them in from outside the gun restricted area. Such is not the case though.

In addition to Mexico, the ATF trace data suggests that over 90 percent of the weapons seized in the Caribbean originated from the United States. The number was about 80 to 90 percent in the Bahamas and Jamaica.

“The flow of high-powered weaponry from the United States to Latin America and the Caribbean exacerbates soaring rates of gun-related violence in the region and undermines U.S. influence in the Western Hemisphere,” stated the CFR policy memo, written by Julia Sweig, Latin America studies director.

According to the LA Times:

The ATF statistics, as well as those of the United Nations Office on Drugs and Crime, suggest the escalating flow of assault weapons from the United States is connected with a 30% higher rate of per capita gun-related homicides in Latin America than the global average. In Mexico, the U.N. homicide report for 2011 charts a more than tripling of firearms slayings in less than a decade.

Mexico’s consul general for Los Angeles, Carlos M. Sada, contends that the share of U.S. weapons recovered in his country from scenes of gun violence are even higher than the eTrace statistics have measured. He puts the guns of U.S. origin at more than 80% and says the issue is one of deep concern for his country as it battles to contain raging violence among the drug cartels.

In an interview with The Times, Sada noted that it has been months since Obama nominated an ATF director but that his Senate confirmation was still pending early Wednesday, “which gives an idea of how much importance the issue gets in the U.S. Congress.”

Sada not only blamed Congress for ignoring the issue, but also blamed them for the delay in confirming B. Todd Jones as the ATF’s director.

To be fair, Jones has been the acting director of the ATF for quite a while now and when he was nominated by Barack Obama as permanent head of the ATF back in January, Representative Darrell Issa (R-CA) called it a “slap in the face.” As acting director, what kept him from performing what Sada says should be done? Nothing. He is a bully and he is incompetent. As we have demonstrated the ATF and all federal gun laws are unconstitutional. This is merely a smear on Sada’s part. Sadly, Congress should never have confirmed Jones in the first place.

For the CFR, the only answer is like any other liberal socialist and communist, it’s more gun control laws. According to Sweig’s recommendations, the U.S. should:

Sweig says that these executive and diplomatic actions are “consistent with the Second Amendment” and would “reduce the trafficking of firearms that contribute to crime and violence across the Americas.

“While piecemeal regulation of the U.S. civilian firearms market does not represent a comprehensive solution, passage of state and local measures, including gun buyback programs, will reduce the number of weapons in circulation and available for smuggling and generate momentum for a broader federal approach over the long run,” the CFR policy memo noted.

First, Sweig tells on herself in her conclusion. “Strengthening U.S. gun laws will not eliminate gun violence in Latin America, where weak judiciaries and police forces, the proliferation of gangs and black markets, and deep inequality exacerbate violent conflict.” This will neither eliminate gun violence, nor will it actually curb it as demonstrated in the link to the Reason.com article on Mexico gun control laws.

She claims that lax U.S. gun regulations enable international trafficking. No ma’am. Criminals in the White House are enabling that. Exhibit A is Operation Fast and Furious and it appears Exhibit B is Benghazi and Syria.

Second, the ATF’s trace records are demonstrably inaccurate. Furthermore, Senator Charles Grassley recently wrote to Attorney General Eric Holder on the ATF tracing recovered weapons from Fast and Furious and chided them over finding out about deaths occurring from those weapons from other sources and not the DOJ. Grassley wrote, “Despite our repeated requests, it has been over a year since we last heard from the Department on the issue,” Grassley and Issa wrote. “The Department hid from Congress this recent internal trace record showing a link between the murder of a police chief and Fast and Furious. Such actions do little to promote trust between the Department and Congress, and only provide further evidence that the Department is actively trying to conceal all information pertaining to Fast and Furious from Congress.”

Perhaps, the CFR should mind its own business and leave the Second Amendment alone and leave American gun makers alone, but they can’t because they are mimicking the same policies as Barack Obama.

By the way, if you want to give some of the CFR an earful, download an email list of 1,000 CFR members and flood their inbox telling them to stay out of America’s business.