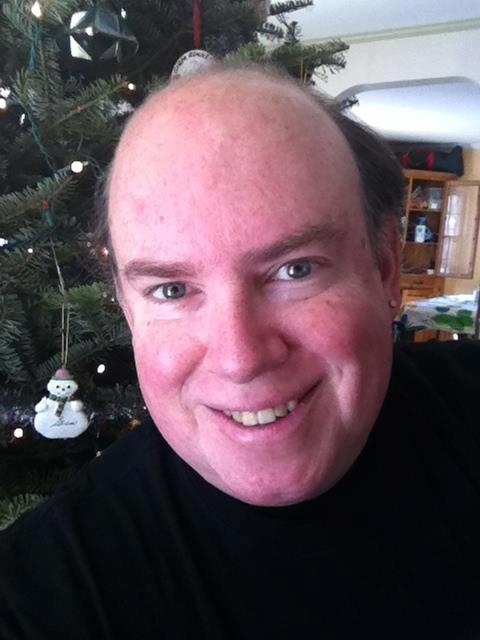 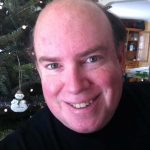 Do you remember a post I did last May about an ABC newsman, erh, newswoman, erh, newsthingie, Don Ennis, who marched into the ABC news office one day in full drag, wearing a little black dress and an auburn wig, and declared that henceforth, his colleagues must look upon and treat him as a woman named Dawn?

Tara Palmeri reports for the New York Post, Aug. 6, 2013, that Ennis now says he suffered from a two-day bout of amnesia that has made him realize he wants to live his life again as Don.

In an email he wrote to friends and colleagues last Friday, which was first obtained by the website NewsBlues.com, Ennis wrote:

“I accused my wife of playing some kind of cruel joke, dressing me up in a wig and bra and making fake ID’s with the name ‘Dawn’ on it. Seriously. It became obvious this was not the case once I took off the bra — and discovered two reasons I was wearing one [referring to his hormone-induced breasts]. I thought it was 1999 . . . and I was sure as hell that I was a man. Fortunately, my memories of the last 14 years have since returned. But what did not return was my identity as Dawn.

I am writing to let you know I’m changing my name . . . to Don Ennis. That will be my name again, now and forever. And it appears I’m not transgender after all. I have retained the much different mind-set I had in 1999: I am now totally, completely, unabashedly male in my mind, despite my physical attributes. I’m asking all of you who accepted me as a transgender to now understand: I was misdiagnosed. I am already using the men’s room and dressing accordingly.

It’s so odd to be experiencing this from the other side; as recently as last Friday, I felt I was indeed a woman, in my mind, body and soul. Even though I will not wear the wig or the makeup or the skirts again, I promise to remain a strong straight ally, a supporter of diversity and an advocate for equal rights and other LGBT issues including same-sex marriage. I know my wonderful colleagues will no doubt make it easier for the next person to transition at ABC.”

Ennis had previously told friends that he suspected his sex mix-up happened because his mother had given him female hormones as a child that made him look and sound young to prolong a bit-part acting career, but he ended up developing breasts and started thinking he was a woman.

The startling he-to-she-back-to-he move came after Ennis had publicly announced on Facebook in May that he was leaving his wife of 17 years, Wendy, to become a full-time woman.

But Ennis has now assured friends and colleagues that his switch back to being a man isn’t a joke. He wrote: “The new change I’m revealing to you today did not arise because I couldn’t hack it, or people wouldn’t accept the new/real/female ‘me,’ or I had trouble finding shoes that fit (Oh, I found plenty, more than I could afford). […] No, I’m not f–king with you. No this is not a joke. No, this is not an episode of ‘Would You Fall For That?’ ”

And that, boys and girls, is why Canadian psychiatrist Joseph Berger says“scientifically there is no such thing as transgender.”