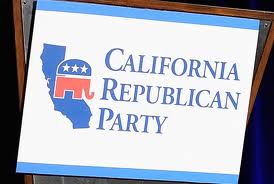 California Republicans have become a minority in the political environment. Democrats have a super majority in California. They control the State Assembly, the State Senate, both U.S. Senate seats, the board of Equalization, and the majority of U.S. House of Representatives seats.

The U. S Senate seats have been occupied by Democrats since 1992. Republicans have not controlled California’s State Senate since 1956 or the State Assembly since 1996. In the U.S. House of Representatives, Republicans only occupy 15 of 53 seats. Of the top ten biggest cities, only two have Republican Mayors. (source: Wikipedia) So as we can see, the GOP has not been a factor in California’s legislature since the 90’s.

Even when we get a GOP politician elected they are not traditional Republicans. In California we have a disease in the California Republican Party known as Rhinos or Progressive Republicans. Thirty years ago we would call these folks Democrats. But now many of the Republicans have compromised personal liberty, business liberty, and the scope of government. Under Republican Governors like Arnold Schwarzenegger we experienced increased taxes and government spending, are those Republican principles?

Maybe it’s because of Hollywood, Los Angeles, and San Francisco. These three areas have a major influence of California’s politics, specially Hollywood. The money Hollywood spends on lobbying and special interests is unbelievable. Just look how they managed to spread the issue of gay marriage across the nation when only 4% of Americans are homosexual. The EPA is another government agency in California which is crippling industries and causing unnecessary costs to our businesses. Did any Republicans stop the EPA? Did they lobby to shore up the border? Did they stop sanctuary cities? No! In fact they only continued Liberal policies which continue to harbor the growth of our state. Our representatives here are scared to death of media and Hollywood. Nobody even comes close to having a backbone like Ronald Reagan did. We only have political wimps.

The California Republican Party is frankly clueless and out of touch with their base. Golden State Republicans have failed at implementing any type of grassroots movements or even making a clear contrast to Democrats.

How should they orchestrate a grassroots movement? First they need new consultants. The current staff is obviously not getting the job done as evidenced in the numbers of seats and offices Republicans hold. They are complete failures.

Next the party needs to contract real working Americans who have a political aptitude. People who can truly relate to California voters. Our voters need to understand why debt, taxes, and regulation hurts their everyday lives. Voters need to know why a huge wall of debt threatens the safety net for everyone in California. Real working Americans are smart, but they relate better to others who are in similar situations on life. It’s easy for voters to dismiss what politicians are saying because usually they are affluent individuals who come off as being out of touch.

Many more changes could help our party but the most important is showing a contrast to Democrats. Unfortunately I don’t see any change coming. The GOP in California is more like an elite group of individuals who want to win elections rather than promote Republican principles.