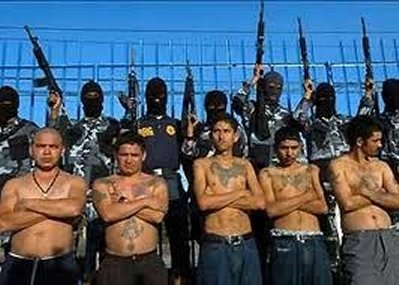 I fully support the right to gun ownership and the responsibility that we have to defend ourselves, property and neighbors with deadly force. That right is supposed to be protected under the Constitution. Not only has the Second Amendment been attacked viciously in recent years, but now Congress is debating immigration reform and one of the unintended results that stems from immigration reform is that millions of illegals would be eligible to purchase and possess firearms legally in the United States.

Alan Korwin at Ammoland expounds upon this:

Immigration reform being debated in Congress will have a major unintended consequence on gun rights in America.

Neither political party has anticipated the effect. With the stroke of a pen, millions of people will suddenly find themselves eligible to buy guns.

The law that currently bans them from gun ownership or possession only affects them as illegal aliens. With citizenship that disability evaporates. The freedom to keep and bear arms, which the Bill of Rights guarantees the rest of us, will instantly be theirs. This will cause a reordering of the political landscape beyond anything Congress has imagined.

When the Minutemen brought the illegal-alien problem to our attention in 2004, we were led to believe their numbers exceeded 20 million. They were members of a class, one of nine groups of federally prohibited possessors, banned under 18 USC §922(g) from owning or using firearms.

Illegal aliens are the largest single class of people banned from exercising the Second Amendment right to arms, with mental cases and convicted felons in second and third place.

Korwin goes on to write, “Suddenly, these teeming masses yearning to be free will discover the awesome power of personal sovereignty and with it, the ability to enter licensed dealerships and purchase liberty’s teeth.”

Yes, for Democrats, illegals getting their hands on guns would be unintended consequences as Korwin points out. However, may it wouldn’t be an unintended consequence. After all, it was Democrats who approved of Operation Fast and Furious that walked nearly 2,500 arms across the border into Mexican drug cartels’ hands. Perhaps that is just what they want to do.

Many Republicans seem to not know their way and seem more than willing to cave on rewarding illegals rather than punishing them.

The 10th Circuit Court ruled last year that illegal immigrants have only limited protection under the Constitution.

A move to change the status of illegals to legal or something else that might be tied to a “path to citizenship” is simply rewarding them for criminal activity.

Many of the illegals in the United States, not all, but many have engaged in stealing from the American people via things like the food stamps program and tax fraud on top of violating the law to come here.

Realize that this doesn’t just apply to Mexicans, which Korwin focuses on, but it applies to all those in the United States that are here illegally, including Islamists and others.

The media continues to tout the numbers of illegals here at about 11 million, but the reality is closer to 30 million.

We don’t stop illegals from exercising free speech and I’m not so sure we stop them from possessing a firearm either. After all, it’s supposed to be a God given right, not a government privilege. With that in mind, I’m more for dealing with those lawfully who have broken the law by entering the country illegally, than I am for endorsing federal law that infringes in any way upon gun ownership.