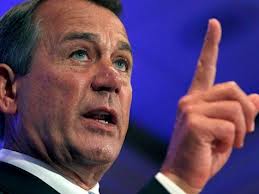 Speaker of the House John Boehner (R-OH) has turned down a select committee to investigate Benghazi, even though more than 160 of his colleagues in the House, 1,000 Special Operations veterans and many other Americans have called for one. Could statements made on Fox News’ Political Insiders be a reason why?

take our poll - story continues below
Completing this poll grants you access to DC Clothesline updates free of charge. You may opt out at anytime. You also agree to this site's Privacy Policy and Terms of Use.
Fox News contributor Pat Caddell made a pretty strong allegation against Speaker John Boehner, claiming that he has known the details of the Obama administration’s intimidation campaign against CIA survivors of the attacks in Benghazi, Libya on September 11, 2012 by Islamic jihadists.

Caddell didn’t stop with Boehner’s knowledge. He went on to claim that Boehner has also made concerted efforts towards suppressing information about these tactics, which were brought to light last week during a CNN report.

“John Boehner, who has been purposely suppressing anything on Benghazi because he knew what we found out this week, and he had approved it,” Caddell said. “These sales, these CIA teams on the ground which were sending weapons from Libya through Turkey to Syrian rebels without Congressional approval.”

Caddell henn went down the line pointing out that Barack Obama has suppressed the truth and then followed with his Muslim CIA director John Brennan, who left the White House to take the job at the CIA and engaging in polygraphing CIA employees to keep them from telling the truth. “And the Congress won’t act in its own defense,” he exclaimed.

One of the hosts said that two committees needed to be formed, one on Benghazi and one on executive abuse of power.

The tide turned slightly to the IRS scandal and the mentioning of former White House Counsel Bob Bauer’s involvement, along with Lois Lerner’s.

Pat Caddell isn’t the only one though that has spoken about Boehner’s motives. Talk show host and author Mark Levin has done so as well.

“It’s as if the Speaker of the House doesn’t want to get to the bottom of this,” said Levin.

Levin then soberly said, “We have to draw a very sad conclusion. John Boehner does not want to know what took place in Benghazi on that horrific day and I’m honestly starting to think that he’s cut some kind of deal with Obama, because why else would he do this?”

No one still knows what Obama was doing for approximately eight hours during the attack. Presumably he went to sleep. The White House has been back and forth about whether he made calls on that night or not and yet, it appears that John Boehner doesn’t want to know the truth nor does he want anyone else to know. As Levin says, “John Boehner is what stands between setting up a special investigative committee and not.”

Rep. Frank Wolf (R-VA) is not giving up on his resolution though. He continues to press that issue no matter what the Speaker has said.

Frankly, Boehner’s excuse that it will cost money falls on the deaf ears of Americans when he and his leadership chose to fully fund Obamacare and cut a fiscal cliff deal that resulted in higher taxes on Americans.

While Levin and Caddell guess at whether Boehner has made a deal. I’ve been saying all along that the man doesn’t have a spine and that he should rightly have a label of Democrat, since that is who he is siding with on most occasions. Again, pay more attention to what he does than what he says, though at times, what he says lines up exactly with what he does.

I think there has been a deal made and I think you can’t trust Boehner any more than you can trust Barack Obama.

Perhaps this is why John Boehner can’t lead on the issues: he’s a compromised man.