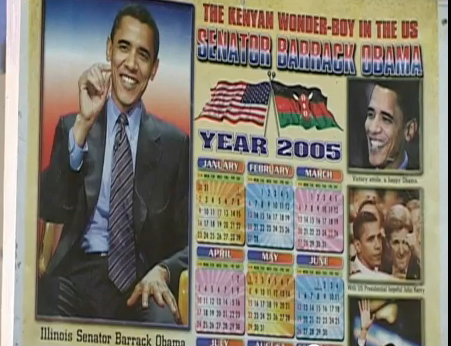 The dictionary defines “native son” as “a person born in a particular place,” as in “The delegation from Iowa nominated a native son.”

It is curious, to say the least, that “native son” is the term used by a visiting priest from Kenya in reference to Barack Hussein Obama. The latter continues to insist he was born in Honolulu, Hawaii, U.S.A.

Last Sunday, August 4, 2013, Saint Pius X Catholic Church in New Orleans hosted a visitor, Fr. Augustine Kipkemei, who spoke on behalf of the Diocese of Nakuru in Kenya, East Africa. The Roman Catholic Diocese of Nakuru is a diocese located in the city of Nakuru in metropolitan Nairobi in Kenya. The diocese’s cathedral is Christ the King.

You can verify for yourself Fr. Kipkemei’s visit to Saint Pius X on page 2 of the church’s Bulletin. Click here.

A reader of FOTM sent us the following email about what Fr. Kipkemei said to the congregation:

“Yesterday during Mass at Saint Pius X Catholic Church in New Orleans, we had a visiting priest from Kenya.  His name was Father Augustine Kipkemei.

He began his sermon with some light hearted ‘facts’ about his country: ‘Kenyans are known to Americans for two main reasons — for our speed and because our native son is your President Obama.’

Although Fr. Kipkemei’s accent was very thick, I was in the front row and heard him very clearly. As I looked around in astonishment to see if anyone else had heard this, Fr. Kipkemeithe said, referring to Obama, ‘We are very proud of our son in Kenya.’

At this point, those in the congregation who had heard the priest, all looked baffled and probably thought the priest had misspoken. But Fr. Kipkemei clearly called Obama ‘Kenya’s native son,’ stating it as if it were fact and everyone knew this!

Now why would, Fr. Augustine Kipkemei, a humble Catholic priest from Kenya, lie?