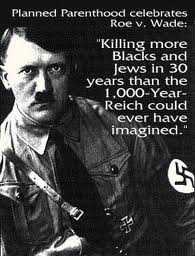 Say it isn’t so! It is so. Pro-death organization Planned Parenthood is now under investigation by the Government Accountability Officer, which exposes abuse, waste and fraud within the federal government. The organization received more than half a billion of taxpayer money last year, but the investigation is to see just what happened to that money.

Planned Parenthood received more than a half billion dollars in federal funding last year. The GAO’s investigation is in response to a request made by more than 50 members of Congress in February who asked for a detailed report on how money is being used by Planned Parenthood and other abortion providers across the country.

Specifically, lawmakers want to know what procedures and services they provided and the number of people who were served and how much it cost.

The GAO’s investigation comes on the heels of a settlement involving a Texas affiliate of the organization, which paid $4.3 million in July to settle allegations of fraud in billing to a health program for the poor. The settlement was $3 million more than what had been announced earlier by the Texas Attorney General.

However, when finalizing the settlement, which included state and federal recovery money, Planned Parenthood strongly refuted claims it has frequently over-billed the system.

We reported back in January that the abortion giant received a record number of taxpayer dollars ($542.4 million) last year, and with those dollars and with those dollars performed a record number of murders. In fact, last year Planned Parenthood reported performing 333, 964 murders of the unborn. That’s one child murdered by Planned Parenthood every 94 seconds and the American taxpayer is on the hook for it.

They were also complicit in the death of Tonya Reaves last year, as well as, the untold numbers of complications from abortions, mental problems associated with abortion and the number of suicides and suicide attempts that result from women who choose to follow Planned Parenthood’s advice, which is paid for by Americans’ tax dollars.

The obvious question Americans should be asking is why this organization gets any tax dollars. They should not be receiving any funds from the federal government at all and Americans need to demand that Congress not give them any funds in the future.

Barack Obama called on God, who said that He hates those who have hands that shed innocent blood, to bless Planned Parenthood.

Contact your representative and senator today and voice your opinion. Demand righteousness from your elected officials in this matter.