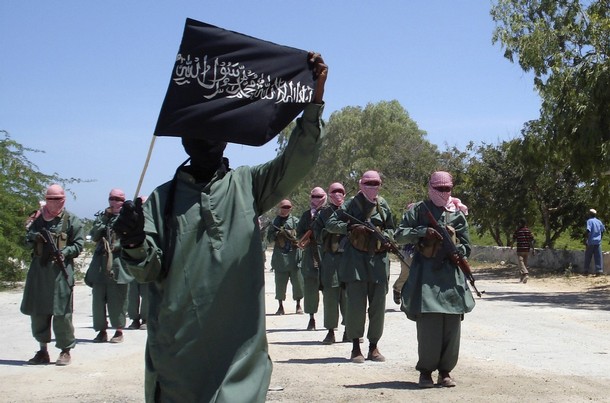 Minneapolis is not exactly the first city that pops into my head when I think of hot spots for aspiring young terrorists but, again, this is the change that America voted for. Would it surprise you to know that almost two dozen Minnesota men have already left “The North Star State” to go fight in the name of Allah in hell holes like Somalia? Well now the terrorists have upped the ante and have started to produce videos aimed at recruiting more.

You know what I have always found odd about those who speak of the merits of jihad and martyrdom? Why don’t you ever see these Muslim Clerics, National Leaders, Video Producers and Muslim Political Activists strapping bombs to their chests or running to the front lines to fight?

There are hypocrites in every culture and there will always be those who will drink the “Fool Aid.”

The 40 minute video was released Thursday and follows three young jihadists on their trek from Minnesota to the battlefields of Somalia. The video is complete with interviews and appeals for more to join them.

In the video Dahir Gure is quoted as saying, “This is the real Disneyland. You need to come here and join us!”

And I am sure that some idiots will join them. Maybe a lot of idiots. Maybe John Brennan will “get his jihad on” and claim his virgins. 🙂

I hate to be so crass but I have to. Anyone who wants to join them is going to get exactly what they deserve and this country will be safer and better off for parting with these men.

The problem is that some day we are going to have a respected Muslim leader start recruiting these people for jihad in America (kind of like Obama is subtly doing already). If they are willing to travel thousands of miles to die in Somalia, don’t think that they won’t gladly line up to die here. We have seen the isolated instances in this country and without a change in policy we will eventually start to see it happen daily like they see in other parts of the world.

We can not let it happen here.

I will not shut up.

If you want to go die in Somalia and think that there will be lots of virgins waiting on the other side, go ahead. Don’t let the door hit you in the ass.

But if you bring that stupidity to America we will expose you and we will fight you. Our government may be on your side but millions of angry American Patriots are not.