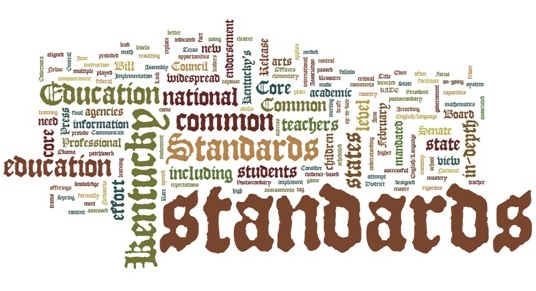 Most of us recall back when Barack Obama ran for the White House in 2008 and there was a group of school children that were being indoctrinated about Obama through song. Comparisons were made between Obama and Hitler at that time and throughout his time in office. Now, it seems that Obama’s Common Core curriculum has its own praise poem titled “We learned more with Common Core” and North Carolina students are now reciting it.

The Blaze first reported on the poem. Erica Ritz wrote, “A substitute teacher in North Carolina recently sent Glenn Beck a copy of a poem that she claims roughly 80 fifth-grade students recited for their promotion ceremony (like graduation) at a school near Raleigh.”

The ceremony took place in June of this year and 80 fifth graders recited the poem.

The text of the poem reads:

RUNNER & CUBES are strategies for

We learned more with common core

So many new concepts to explore

Beck took it to his radio show on Friday. “That doesn’t sound like you’re indoctrinating kids at all!” Beck’s co-host Pat Gray said sarcastically on radio Friday. “Like it’s Soviet Russia? No, not at all!”

Beck spoke with the teacher, who wished to remain anonymous.

“If you’re not saying anything, the parents aren’t going to know, because nobody’s telling them anything,” she said.

The school was not named by the teacher, but she did indicate that it is in Wake County in The Raleigh, North Carolina area.

Michelle Malkin wrote that the Common Core standards “undermine local control of education, usurp state autonomy over curricular materials, and foist untested, mediocre, and incoherent pedagogical theories on America’s schoolchildren.” I would encourage you to read what many authors and educators have written here at Freedom Outpost on Common Core.