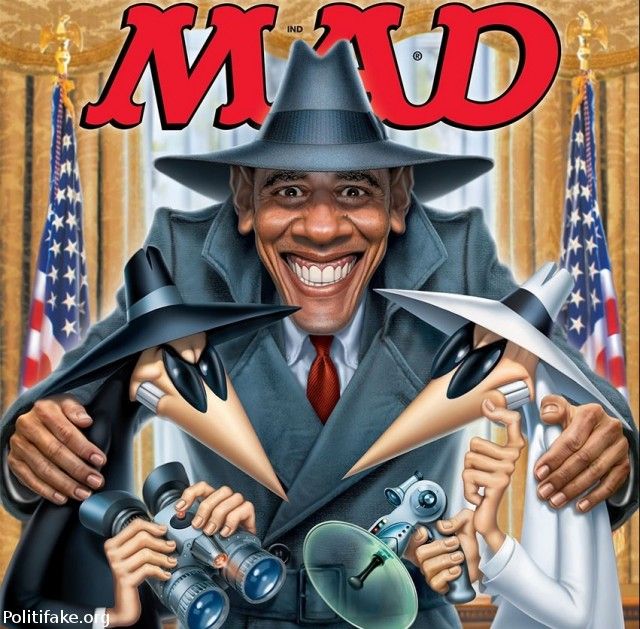 As Americans reel from the latest political “sucker” gut punch delivered by “our” government through recent media coverage disclosing Congresses attempted subterfuge to exempt itself from the depredation’s of Obama’s Affordable Care Act, my belief that our so-called “government of the people” is lost to the people has again been poignantly reaffirmed. What vestige remains of the Republic our Founders envisioned & desired for this land they handed down to future generations in the posterity of their monumental labors, I think now can only be found in their writings, their artifacts, & our monuments. They’re certainly not exhibited or embodied in the words & deeds by this majority of inferior men & women we have in Washington today immersing our Nation under a deluge of flagrant graft & corruption.

Not all of them perhaps, but there’s certainly enough abusing the powers of their time-honored Office, denaturing the very Constitution in the process they all swore a sacred Oath to support & defend, but as we see by the sophistry of these incongruous navigators charting the course of our decline, what’s sacred anymore?! Our government, & by extension our Country, is lost to us. The harvest we’ve reaped for the seeds of pernicious infidelity we’ve allowed to be sown by undermining treasonists. The average American citizen has basically been relegated to the role of “taxed spectator” to this oppressive travesty we’re made to fund.

Our alleged “representatives” seem more predisposed to pander & defer to the interests & demands of those either here in our Country illegally, or those middle east extremists seeking our eventual downfall through subversionary tactics in the cause & name of their false god. While as natural citizens, we the people find the tenets of our own various Christian faiths, our very freedoms & Rights repeatedly attacked, persecuted, impugned, marginalized, & threatened.  Try to speak out & have the temerity to defy this subjugating system & many have been made shockingly aware of what to expect from these various government Agency Gestapo’s aligned against them by the malice of this contentious sponger in the White House driving our way of life to the brink of dissolution.

Seeing what I see going on, I can appreciate now George Washington’s understandable contempt of & warnings against a “Party System” style of government. We’re living with the cumulative consequences now of his ignored warning every day. Yet, we’re expected to find “common ground”. That we even have this dialogue making the rounds of a duplicitous media discussing Hillary Clinton actually being proposed as the likely Democrat nomination for a 2016 Presidential bid should illustrate just how completely lost our nation has become without a moral compass. Both that & just how off their rocker so many in the Democrat Party are to even consider such a vulgar choice for a candidate.

Where do you even begin to find common ground with people who see absolutely nothing wrong in a candidate whose criminal negligence directly contributed to the deaths of 4 people in Benghazi under her alleged leadership as Secretary of State? Not only did Hillary Clinton’s dereliction contribute to these peoples deaths, but she compounded that by knowingly & willfully engaging in a campaign of lies after the fact to collude with this administration to cover up the truth of the gunrunning they were actively involved in. If anyone in this country needs to be restricted from possessing weapons it’s this band of brigands & cutthroats. All they manage to do successfully apart from trashing our country is get people killed!

Where do you find common ground when its this Progressive Democrat Party & their Cavalry of eclectic reprobates & perverts essentially leading the charge against everything fundamental & unique that’s made the greatness of the United States manifest? Not just on their own as they have a regiment from a staple of inveterate GOP RINO’s to bolster their ranks & help reinforce their offensive with (another reason to despise this feckless Party system). So explain to me how you find common ground with those who would lord themselves over you. Who have no problem harassing & harrowing Christians, but boy if you’re critical of Muslims, they practically break their necks tripping over each other to excoriate & fillet you with a self-righteous tongue lashing. Usually done with such astonishing hypocrisy that your natural human instinct initially (if you place any premium at all on self-respect) is wanting to displace as many teeth as you can from their gasconading pie-holes.

The vices of moral depravity certainly aren’t exclusive to the Democrat Party & its diverse culture of debauched deviants, but it sure seems more pervasive among their distinguished cast of recognized political luminaries these days. I’d be remiss not to refer to the Twitter Sexting trials & subsequent woes of disgraced New York Mayor hopeful Anthony Weiner (aka: Carlos Danger), & his unwholesome propensity to Tweet select parts of himself to an entourage of young, bipolar female admirers. A man whose last name stands out like Sylvester Stallone in a gay pride parade & comes stocked with a vast cornucopia of inexhaustible jokes. You have to wonder tho’ if his parents flirted with the idea of making his first & middle names Oscar & Meyer. But then we have his dutiful wife Huma, (along with her Muslim Brotherhood connections) who (in true Tammy Wynette fashion) is standing by her Weiner.

Yet despite the embarrassing turbulence caused to his Democrat peers & colleagues, amid the vociferous supplications by many for him to step down & remove himself from the Mayoral race (motivated less by any altruistic acrimony for the gross impropriety of their confederates indiscretions as much as for political self-preservation & expediency), Anthony Weiner has proved undaunted in his steadfast & shameless determination to remain erect against such compelling odds. Even as the prospects of his actually being elected have continued to shrivel. As this ridiculous scandal has only snowballed from bad to worse, newer details have since emerged revealing one of his doting harem by the name of Sydney Leather, having gone on to pen what I’m sure will be a New York Times national best seller titled; “10-Step Guide to Sexting Politicians”.

Then we have 70 year old San Diego “Progressive” Mayor Bob Filner. A “Progressive” pervert of the worst sort described as a “Serial Sexual Harasser”, who is presently enmeshed in a scandal so in-your-face outrageous it makes Weiner look like a canonized Saint. Even in his own words this maniacal psychotic has stated outright, “I need help” with a “monster … inside me.” Regardless that over a dozen women so far having come forth to file complaints & lawsuits against this monster inside him, Filner refuses to step down from his capacity as Mayor. Clinging to a cockeyed belief that his token gesture of undergoing only 2 weeks of “intensive” therapy will somehow remedy his dilemma. I’m not sure how Filner reasons that just 2 weeks of “intensive” therapy is going to fix what I’m willing to lay odds has been an habitual tendency throughout most of his adult life, but never bother trying to apply reason or logic to the motives of a Progressive.

This then is the state to which we have sank in our country. Not enough to be led by an “opposition Party” beset with establishment RINO’s whom I know don’t speak for me, we’re also expected to negotiate & compromise with those who have as much business holding political office as a pedophile does working in a children’s daycare. Political Correctness has done more to damage our Country than its Schismatic apostles ever dared to dream or hope that it would. The United States has become a wounded Wildebeest being bled to death under the remorseless assaults of these predatory Jackals. Common ground? With people dedicated & determined to extinguishing our way of life?! There is no common ground! Why do you think these halfwits relate to & sympathize so much with Islamic radicals? They share so many of the same traits & characteristics with those throwbacks that if they all came in model kits their parts could be interchangeable.

So in the meantime buckle up & resign yourself to the reality that for anything good to happen for our country & we the people, it’ll take going through a lot of Hell first with the ideological flatulence of these Delinquent’s we’re expected to find common ground with before we reach that destination, but there is light at the end of the tunnel folks. There just isn’t any common ground to be had.