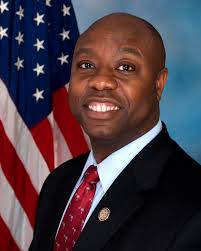 Tim Scott has had enough of Harry Reid’s divisive tactics and he decided to sound off on the majority leader’s recent comments concerning the motivation behind Republican opposition to Barack Obama. For those who may have missed those comments, Reid strongly implied that Republicans are racists.  The Daily Caller Reports:

South Carolina Sen. Tim Scott, a Republican, called on the Nevada Democrat to apologize after saying during a radio interview on Friday that he hopes Republican opposition to Obama is “based on substance and not the fact that he’s African-American.”

“I am sincerely disappointed by continued attempts to divide the American people by playing to the lowest common denominator,” Scott said.

Tim Scott happens to be the only black member of the senate at present. I suppose you could make something of that if you wanted to be petty. But let’s not to stoop to Reid’s level.

Scott went on to say, “Our country deserves more from those in Washington. I hope Senator Reid will realize the offensive nature of his remarks and apologize to those who disagree with the President’s policies because of one thing – they are hurting hardworking American families.”

Is Reid prejudiced against hardworking American families? I think that would be a distinct possibility.

One thing is for certain about those who continually try to “race bait” their opponents. Race baiters are always racists. They look at the world differently than you or I. Since they are racists themselves, they assume that everyone else is too. Any time someone disagrees with them… out comes the race card.

This is 2013. The majority of Americans voted for Barack Obama in 2012. This is no longer a racist society. There are racists but they are now in the minority and ignored for the most part. Barack Obama’s race is not really the issue for most Americans. But it seems to be for Harry Reid. When Senator Harry Reid wants to talk about racism then we are simply obligated to remind people of something that happened a few short years ago. Oh how quickly we forget…

Actually I didn’t think it was politically correct to say “negro” anymore. I don’t know because I don’t really subscribe to political correctness. What is a “negro dialect” senator? Actually I know exactly what he means but it is rather racist to imply that most “negroes” talk like idiots.

Mr. Reid needs to spend some time with guys like Tim Scott, Dr. Ben Carson, Alan Keyes and Allen West. There is no such thing as a “negro dialect.” You will find that a lot of boneheaded white kids talk like Eminem. It has nothing to do with color of skin. It has everything to do with thickness of the skull.

I’m surprised he didn’t say that Obama was electable because he wore his pants at the waist or because he had no gold teeth.

Again, whenever you find a race baiter you will always find that behind the scenes they are in fact a racist. If it weren’t for the continual ploys to try to stir up racial hatred in the rest of us, I might be inclined to give Reid a break. We can all say things that are taken the wrong way on occasion. But if Harry Reid wants to play race cards then it is all fair.

Harry Reid needs to talk about the issues on occasion. His playbook is getting a little thin. We are all getting a little tired about talking about this mysterious racism that doesn’t really exist, at least not on the level that the race baiters are claiming.