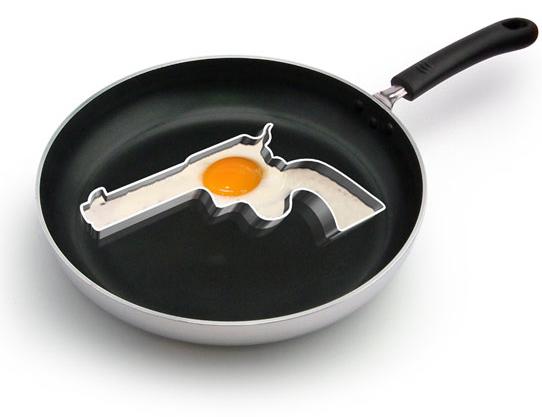 Toy guns can be realistic enough to scare people – and draw potentially deadly fire from a police officer. Now the city of Lakewood wants to get tougher on those who display toy guns.

“I played with toy guns when I was little,” says one mom, Keshia Vaetoe. “I never killed anybody. I never shot anybody.”

But the city of Lakewood is pondering whether to get tougher on toy guns, by making it a gross misdemeanor to display one in a threatening way. Some city council members want violators to face bigger fines and more jail time.

“I think that it’s good to have the awareness,” says one woman who didn’t want to be identified.

What council members are concerned about are realistic-looking cheap plastic BB guns, like those you can buy at WalMart – the kind of toy gun that if you pointed it at someone, they’d probably be pretty scared.

The city is moving on the issue after Lakewood lost a case against a woman accused of frightening her roommates with a small plastic toy gun. A judge threw out the case, agreeing with the defense that the toy gun was no more capable of causing harm than any other inanimate object.

But at least one Lakewood mom is concerned enough to forbid her 8-year-old son from playing with his Nerf gun once they leave the house.

“Toy guns should be treated very seriously and treated with respect,” she says. “If he is to be riding in the car, it is not to be taken in the car. So that it’s not misconstrued.”

The council is still tinkering with it’s proposed ordinance – worried the language went too far when it included not only toy guns but “any other item” that could cause harm or frighten people.

“Everything can be threatening,” says Vaetoe. “I can pick up a piece of beauty bark and scratch you with it. Is that threatening? I don’t know. I think it’s kind of silly.”

The Lakewood council hasn’t passed the ordinance yet. They say they’ll reconsider after the public safety committee takes a second look at some of the language.

Meanwhile, parents are waiting to see what kind of toy gun ordinance the council finally comes up with.

Apparently the city got a little “butt hurt” when a judge decided not to find in their favor and seeks to rewrite local ordinances.

I don’t see this law as being about air-heads who point air-pistols at their roommates. It is not the intent of the law that I worry about but rather how it is ultimately enforced.

Twenty or thirty years down the road, when everyone has forgotten why the law was written, will it be used as an excuse to hassle kids? I think it’s a distinct possibility.

This law would seem to prevent nothing from happening in reality. Is it possible that an officer would use deadly force against a BB gun? Sure it is. But if you think that will stop people from pointing BB guns at their roommates then you are sadly mistaken.

Only an idiot is going to point a fake gun, in a threatening way, at anyone. There are plenty of real guns out there. Justice is not always kind to idiots.

As for the “any other item” notation… Without seeing how it is written we can’t really comment, but the fact that it was mentioned scares me. A lot of legislators don’t really know how to write laws. If they leave loopholes then those loopholes can be interpreted in very unjust ways at a later time. So if you point that frying pan toward me in a threatening way, be prepared to pay the price, whether you use it or not. This could be said for hundreds or thousands of “other” items. The “any other item” notation leaves too much gray area.

In my mind this law does not need to be written. I see is as simply another unnecessary law that can be interpreted in a dangerous way at a future time.

If you don’t think that laws take their own life, and begin to take on new meanings at a later time, then you know nothing of American history, and you are not paying attention to the world around you. We see evidence of it every single day.

It’s the classic right vs. left debate. Do we continue to legislate ourselves into slavery or enjoy a little of that “dangerous liberty” that Jefferson spoke of?