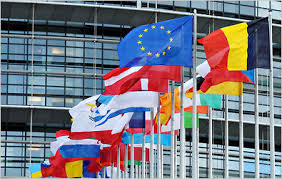 The Federal Deposit Insurance Corporation (FDIC) is a U.S. government corporation operating as an independent agency created by the Banking Act of 1933.

As of January 2013, FDIC provides deposit insurance guaranteeing the safety of a depositor’s accounts in over 7,000 member banks, up to $250,000 for each deposit ownership category in each insured bank. For example, a singly-owned certificate-of-deposit (CD) and a second CD owned by the same individual but “held in trust” (payable upon death) for another individual are two separate ownership categories.

The FDIC receives no Congressional appropriations – its Deposit Insurance Fund (DIF) is funded from (1) earnings on investments in U.S. Treasury securities; and (2) premiums that banks and thrift institutions pay for deposit insurance coverage. The amount each institution is assessed is based both on the balance of insured deposits as well as on the degree of risk the institution poses the DIF.

Although DIF is mandated by law to keep a balance equivalent to 1.15% of insured deposits, that minimum percentage is not always observed. In March, 2009, for example, the DIF fell to $13 billion or a reserve ratio of only 0.27%.

Since the start of FDIC insurance on January 1, 1934, no depositor has lost any insured funds as a result of a bank or S&L (savings & loan) failure. However, in light of apparent systemic risks facing the U.S. banking system, the adequacy of FDIC’s financial backing has come into question.

Beyond the funds in the DIF and the FDIC’s power to charge insurance premia, FDIC insurance is additionally assured by the Federal government. According to the FDIC.gov website (as of March 2013), “FDIC deposit insurance is backed by the full faith and credit of the United States government”. This means that the resources of the United States government stand behind FDIC-insured depositors. Alas, the statutory basis for this claim is less than clear. Despite Congress’ passage in 1987 of a non-binding “Sense of Congress” to that effect, there appear to be no laws strictly binding the government to make good on any insurance liabilities unmet by the FDIC.

In light of this, what recently transpired in the European Union (EU) should give U.S. savers additional pause.

These three individuals designed the rules for the EU banking union: (l to r) Herman Van Rompuy (elected by no one); Dalia Grybauskaite (chosen by 68.21% of Lithuanians); José Manuel Barroso (elected by no one) (Photo: Consilium)

Put simply, according to the EU proposal, in the event of a bank collapse, savers will now have to wait for weeks to see their money, if at all. The article advises that savers should take this new EU proposal into advisement if they:

Meanwhile, there is still no agreement on the question of the contribution of banks to pay into the EU deposit insurance.