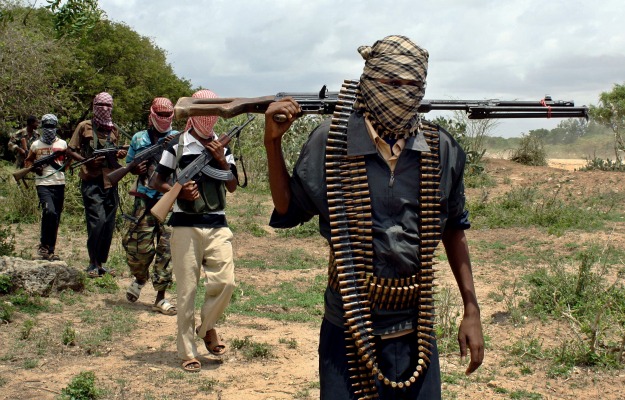 Following car bombings in Baghdad, which appear to have targeted Shi-ite Muslim festivities that marked the end of Ramadan, State Department spokesperson Jen Psaki issued a press release in which she denounced the “enemies of Islam.”

“The United States condemns in the strongest possible terms the cowardly attacks today in Baghdad. These attacks were aimed at families celebrating the Eid al-Fitr holiday that marks the end of the Muslim holy month of Ramadan. The terrorists who committed these acts are enemies of Islam and a shared enemy of the United States, Iraq, and the international community.”

According to Reuters, there were twelve separate bomb blasts that targeted markets, busy shopping street and parks, which resulted in the deaths of nearly 80 people.

Interestingly, we haven’t seen a condemnation of a jihadist attack this quickly. Even now, the administration does what it can to sweep Benghazi under the rug which was clearly a jihadist attack.

However, the “enemies of Islam” don’t get such a courtesy.

As horrific as these bombings are, obviously fueled by sectarian differences, it’s troubling to see that the Obama administration has now put the U.S. government in the business of denouncing “enemies of Islam.”

Mind you, this is the administration that branded the Muslim Brotherhood a “largely secular” organization. It has taken every effort to purge government national-security documents of any reference tying terrorism to Islam while Janet Napolitano’s Department of Homeland Security proscribed training by anyone declaring themselves “Muslim reformers” (while at the same time government contractors tie pro-life, pro-Second Amendment, and Tea Party views to “violent extremism”).

Any government employees that observe that Islamic terrorists themselves wrap themselves in the mantle of doctrinal Islam will quickly find themselves without a job. And when members of Congress have confronted senior administration officials as to whether elements of radical Islam have declared war on the U.S., those officials have angrily protested that Congress merely asking such questions puts them in league with al-Qaeda.


This administration has done everything it can to whitewash Islam. It’s removed references of Islam and jihad from government training manuals, replacing them with emphasis upon Christian extremists as perpetrators of terrorism.

The administration has given preferential treatment to Islamists and continues to fund Islamists. Obama even told the United Nations last year, “The future must not belong to those who slander the prophet of Islam.”

Muslims have been demanding and getting prayer openly in public schools. The Obama Justice Department has even had one of its attorneys and FBI special agents threaten citizens that they could face federal prosecution and prison time if they are critical of Islam.

So far, no word from the State Department about the final Ramadan Bomb-a-thon body count by Islamic jihadists by this administration. They only want everyone to acknowledge the celebration of the Islamic holiday.

While the press release did address al-Qaeda, offering a $10 million reward for information that helps authorities kill or capture Abu Bakr al-Baghdadi, it never ties al-Qaeda to Islam. The hypocrisy of this administration is readily apparent.