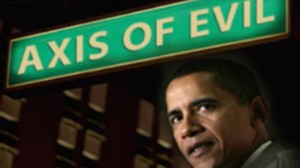 There is a twistedness in our society. We have abandoned the God of Abraham, Isaac and Jacob and the God and Father of the Lord Jesus Christ. A video has come out now demonstrating just how far we, as a nation have fallen. A young boy is videoed (presumably by his parents) praying to Barack Obama. My friends, this is idolatry, but the sad reality is that this boy is praying to no one but a weak, fallible man who can’t keep his lies straight and can’t even hear this boy’s prayer. He is offering irreverant and impotent prayer to Barack Obama. In a nutshell, this young boy is engaging in blasphemy.

“Barack Obama, thank you for doing everything and all the kind stuff… Thank you for all the stuff you helped us with,” the little boy, who identifies himself as Steven, says as he kneels down and closes his eyes in a prayerful fashion.

“You are good, Barack Obama. You are great and when you get older you will be able to do great things. Love, Steven,” the boy concludes.

Fox News reporter Todd Starnes asks, along with the rest of us, “What kind of parent would allow their child to blaspheme God?”

I’ll tell you, it’s the kind that hate God. God tells us as much in Exodus 20:

Thou shalt have no other gods before me. 4 Thou shalt not make unto thee any graven image, or any likeness of any thing that is in heaven above, or that is in the earth beneath, or that is in the water under the earth: Thou shalt not bow down thyself to them, nor serve them: for I the LORD thy God am a jealous God, visiting the iniquity of the fathers upon the children unto the third and fourth generation of them that hate me; And shewing mercy unto thousands of them that love me, and keep my commandments.

Little Steven’s parents hate God and as a result, they are bringing God’s wrath upon themselves and upon their children, including Steven, by engaging in idolatry. However, it won’t stop there. God says he will visit that iniquity upon the third and fourth generations. The parents of Steven will see the wrath of God visited upon their grandchildren and their great grandchildren, unless they repent.

“Every one of us is, even from his mother’s womb, a master craftsman of idols.”

We saw his praises sang by schoolchildren, similar to that of Adolph Hitler, during his presidential campaign in 2008.

We also saw Illinois school children chanting “yes we can.”

During the 2012 campaign, we saw calendars that depicted Obama’s fake birth certificate in the month of Obama’s alleged birth stating, “Heaven Sent: For God so loved the world, that he gave his only begotten Son, that whosoever believeth in him should not perish, but have everlasting life – John 3:16.”

Reports, paintings and references filled with Obama as Messianic have been posted.

Louis Farrakhan has made no bones about calling Barack Obama the Messiah.

Even comedian and actor Jamie Foxx blasphemously referred to Barack Obama as “God and our Lord and Savior.”

Still think religion is going to be kept out of government simply because people don’t want Christianity in it? Think again. Men who will not honor God as God, will stoop to the level of worshipping something else, whether it walks on four legs or two (Roman 1:19-22).

Wake up America, and repent to the true and living God!