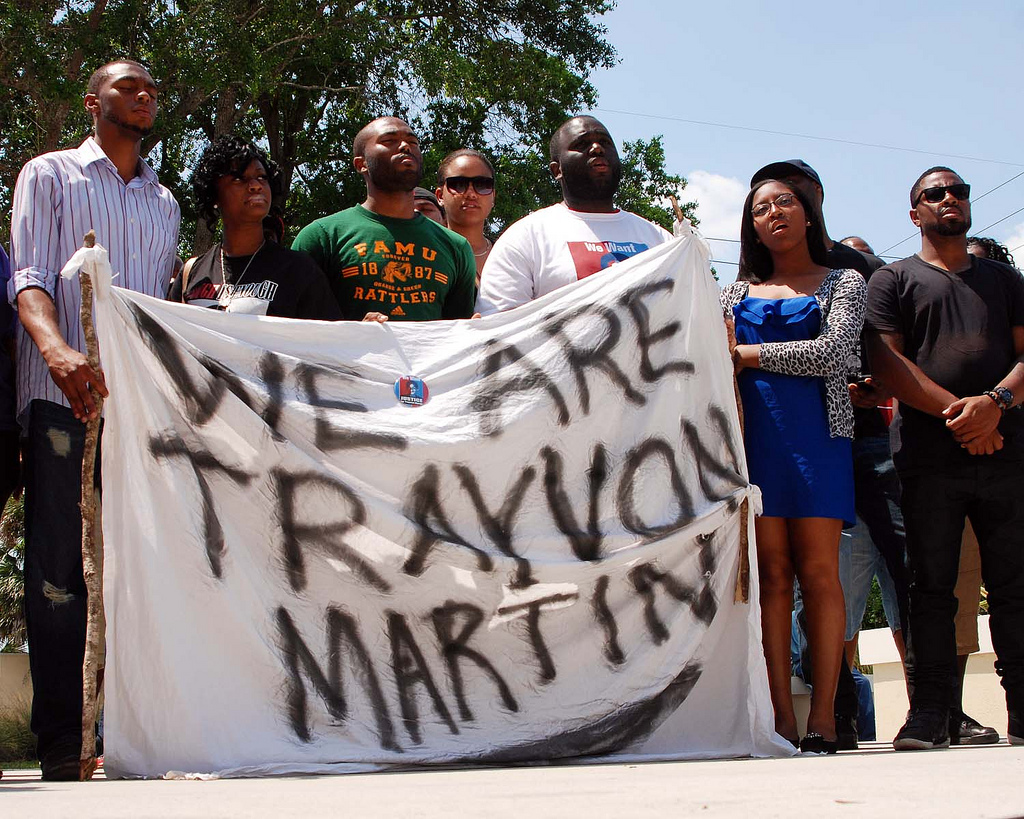 While the media, the race baiters and the Obama Justice Department were demonizing George Zimmerman in the Trayvon Martin case, a black mob of 12 people, ages 12 to 42, beat Ashley Flournoy, a woman who was six months pregnant. Interestingly, it occurred in Sanford, Florida, the very city that the Zimmerman/Martin incident took place. The information about what took place comes from only local television outlets.

Roberts said, “The pregnant woman went and hit my cousin-in-law’s daughter, a juvenile, and them two were fighting. They’re telling us aggravated battery on a pregnant woman, and we never touched that girl.”

Officials also say that the altercation was a culmination of a long community dispute.

A caller to 911 indicated that someone had pulled a gun, and at least one witness believes that objects were thrown at the pregnant Flournoy.

“There was a gentlemen, standing there, with a gun, waving it saying if anybody jumped in he was gonna shoot,” the woman said.

Ashley Flournoy suffered several injuries to her head, though officials said that her injuries were not life-threatening and that they did not affect the child she was carrying.

Flournoy’s fiancé, Paul Brinkley, attempted to intervene in the attack and was also struck, according to deputies.

Her mother and sister, Susan and Terika Young, were also attacked.

Seven of the eight were bonded out of jail. Only Herring remained. Herring’s attorney said there was little evidence of which person threw punches.

The accused were charged with aggravated battery.

While many internet memes have depicted Flournoy as a Caucasian woman, she is not. This was a black on black assault.

Most recently, WESH also reported on another incident in Sanford, Florida, a black man pointing a gun at the head of a five year old white child and pistol whips her mother.

According to police, Charles Anthony Jones, 41, is seen on surveillance video on July 6 pointing a gun at a child inside the Cancun Salon on Hiawatha Avenue in Sanford.

The store owner and mother tried to protect her child and was thrown to the ground and hit in the head with the gun.

“Two times he say, ‘Give me money, I want money,’” said the owner, Inez Rodriguez. “Take my phone. Take my computer. Everything is money,” she said.

Rodriguez said he only wanted cash.

There were two children in the salon at the time — one was 5 years old, and one was 10.

The 10-year-old tried to run out of the salon, but Jones ran outside and pulled her back in, police said.

So where are Jesse Jackson, Al Sharpton and Barack Obama? Why are they not demanding justice in this case? It’s because this does not suit their racist agenda, pure and simple.