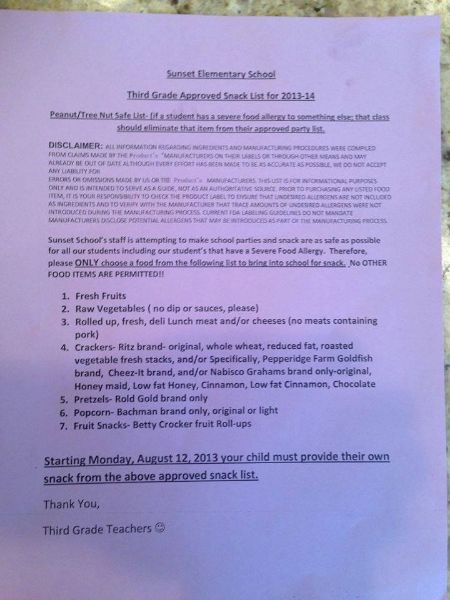 Every mistake Europe made, we are repeating. Why would a Tennessee school do such a thing? If Muslims don’t want to eat pork, that’s fine. But why must others adhere to their supremacist ideology?

They didn’t say it was to avoid offending Muslims. They said it was about avoiding food allergies. But as one parent noted, “I’ve never heard of a life-threatening pork allergy.” And it certainly wasn’t to avoid offending Jews, who have managed to avoid eating pork in the U.S. for over 200 years without ever demanding that non-Jews eschew it also.

School officials rescinded the ban after an outcry, which shows why it is important for free citizens to be aware and active. “Why Did a Tennessee Grade School Ban Pork?,” by Todd Starnes for Fox News, August 15 (thanks to Creeping Sharia):

A Tennessee elementary school banned students from eating ham sandwiches, BLT’s and anything else made with pork, but eventually lifted the ban after parents complained.Third grade teachers at Sunset Elementary School in Brentwood, Tenn. sent home an “Approved Snack List” for the school year and it specifically banned anything that comes from a pig.

“No meats containing pork,” read the memorandum. “Starting Monday, August 12, 2013 your child must provide their own snack from the above approved snack list.”

Kids could nosh on raw vegetables without dips or sauces, fresh fruit, crackers, pretzels, and popcorn – but no ribs or pork rinds.

“Only choose a food from the following list to bring into school for snack,” the memorandum stated in bold-face type. “No other food items are permitted.”

One day after the pork ban went into effect, Williamson County Schools posted a message on their Facebook page telling parents to ignore the rules.

“Schools should only be offering suggested snack choices, and that information will be sent home only if your child is in a classroom where there is a food allergy,” the district stated. “Any reference to not allowing pork products in school is incorrect. Please disregard.”

The district said the point of the memorandum was to address food allergies and approved snack lists.

The memorandum did not explain why the school had become a pork-free zone, leading to lots of confusion among parents.

“I’ve never heard of a life-threatening pork allergy,” one parent wrote on Facebook.

The no-pork rule generated lots of conversation on Nashville’s talk radio stations and a number of callers and several hosts wondered if it had something to do with students who might be Muslim.

“If you think this has anything to do with something besides appeasing Muslims then you are either stupid or willfully ignorant,” one of his listeners wrote.

“Is this school system trying to satisfy a religion?” another listener asked. “I see a big red flag here.”