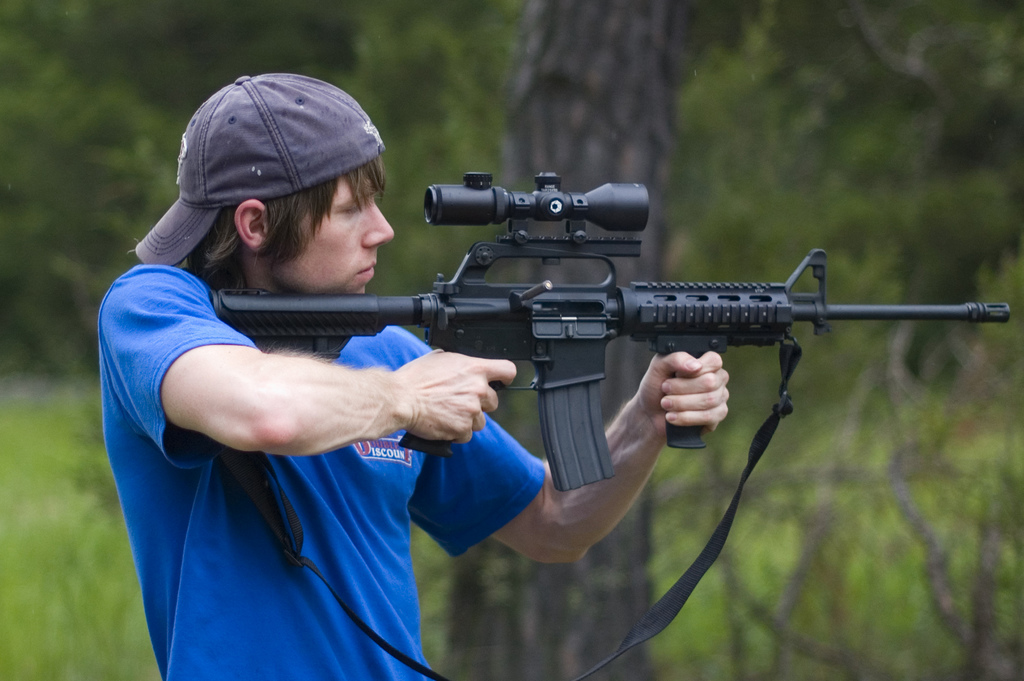 Take any angry white man with a semi-automatic weapon, a 100-round clip and no background check and a mass murder is going to take place.  And, usually always, as FBI statistics confirm, it will be white-on-white crime.

You don’t have to look very far to find proof. The angry white kid in Newtown, Conn., first killed his mother, then went to an elementary school and killed 20 children and six teachers.  That angry kid did not live in Chicago, where, pundits are quick to point out, there is a lot of black-on-black crime.  That angry kid didn’t play pro football.  He lived in a practically crime-free neighborhood. He was just angry and he was white.

Just look at Aurora, Colo.  The angry white medical student decided to dress as a cartoon character and shoot 72 people in a movie theater, killing 13.  Political pundits can’t blame the Rev. Al Sharpton, as they do on Fox News. The political pundits did not criticize the skin color of the Aurora killer. Race was never mentioned as the cause or the problem.

Dudley released an article on Thursday titled MOST DANGEROUS AMERICAN IS AN ANGRY WHITE MAN WITH A GUN that is filled with wonderful facts and figures about how white men with guns are the real danger in America.

I need to correct myself. It’s “angry” white men with guns. There is a big difference. I am only dangerous when I am angry. But when I am angry I tend to be at risk of killing lots of people.

The first sentence of the article tells you where it is going in a hurry.

The murder of Trayvon Martin touched off a great debate.

Ummmm…. murder? Maybe Mr. Dudley has failed to read other publications besides The South Florida Times but in the papers I am reading it would appear that George Zimmerman was acquitted.

I am not going to keep quoting this guy. If you want you can go read the full article and leave an angry comment at the end. I will dispute his mass murder theory a bit but I am not going to go overboard.

What about the Fort Hood Killer? He wasn’t white.

Have we forgotten about “The D.C. Sniper?” He wasn’t white. In fact he was very much black.

What I am more concerned about is the race-baiting media. As I write this I know full well that someone is probably going to post a comment about how blacks are more dangerous than whites. That is not my style. I have a good idea of what the numbers are and I don’t really care.

I am more upset by the racial division being spread around this country. Sometimes when we defend ourselves we just add to the fire. So I’m not going to defend myself.

But come on. We know the truth.

The truth is that this will probably end up being one of the most popular articles that The South Florida Times has ever published because it is controversial. Whether the author believes it, is being absurd to make a point or is simply trying to generate a bunch of traffic and/or newspaper sales, I have no idea.

My hope is that it draws enough attention to at least gain a retraction of some sort.

We don’t really need stories like this. I happen to be white and it made me angry. But if I go fire off a bunch of racist comments then it just adds to the problems in this country.

The truth is that bad people come in all colors and race baiters are part of a bigger agenda that we can’t play into. Any time we perpetuate racial division we hurt everyone.

The author was likely angry himself and obviously defending the black-on-black crime stats that we hear so much about. But there are better ways to make your point, without alienating a bunch of readers and making them hate you.

How would you feel about me if I wrote something as ludicrous as “the most dangerous American is an angry black man with a gun?”

That’s just plain hate speech. There is no other way to put it.

The truth is that any angry lunatic with a gun is pretty dangerous, which is why the rest of us should be responsibly armed. I’m not about to worry about the color of a man’s skin if he is angry and has a 100 round magazine.

As for you… Whether you are purple or blue does not matter. If you can read something like this and decide to rest in the truth and walk away, you will be much better for it.

And so will our country.