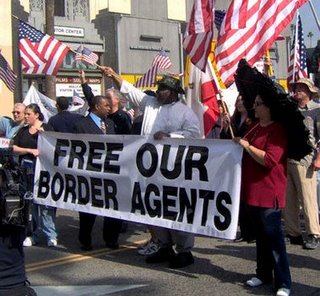 After all the other false numbers I’ve been reporting on the last few weeks, we now have a new one.  The apprehension numbers from the Mexican border.  The Obama administration has been claiming they are doing a whiz bang job of securing the border and to prove it, they point to the low number of apprehensions.

The problem is that reports from the Government Accountability Office and the Congressional Research Service, show that DHS leaves other important data out that would confirm or repudiate their claims.  Both say we need to know how many were deterred from crossing and how many made it in successfully.  You know, like other administrations did.

“Apprehensions data are imperfect indicators of illegal flows because they  exclude two important groups when it comes to unauthorized migration: aliens who  successfully enter and remain in the United States … and aliens who are  deterred from entering the United States.  Thus, analysts do not know if a decline in apprehensions is an indicator of  successful enforcement, because fewer people are attempting to enter, or of  enforcement failures, because more of them are succeeding.”

The Obama regime loves to point out that there are less people being stopped at the border because they are doing such a great job, but it seems to me that if you are failing to stop and detain all the people crossing the border, the numbers would remain low.  And what proof do we have of that very thing happening?  How about the lawsuit brought by the border guards?

There are also less felony arrests when the police are in Dunkin’ Donuts and not on the streets.