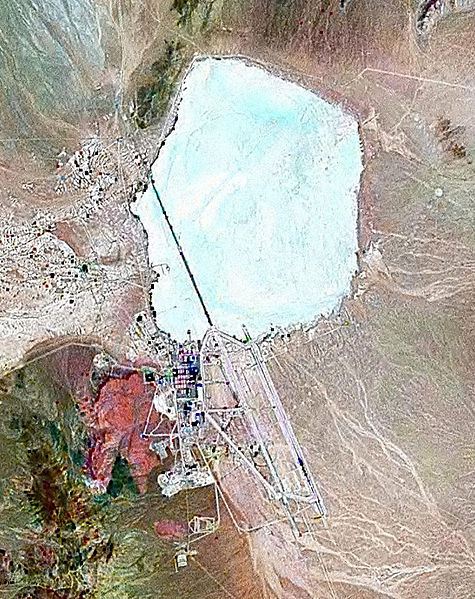 Situated at its center, on the southern shore of Groom Lake, is a large military airfield. The base’s current primary purpose is officially undetermined; however, based on historical evidence, it most likely supports development and testing of experimental aircraft and weapons systems. The intense secrecy surrounding the base has made it the frequent subject of conspiracy theories and a central component to unidentified flying object (UFO) folklore. Although the base has never been declared a secret base, all research and activities in Area 51 are Top Secret/Sensitive Compartmented Information (TS/SCI).

Long the object of obsession of UFOlogists, they now finally have a break. After years — decades — of denial that it even exists, our feral gummint is finally acknowledging that Area 51 exists, but isn’t saying what’s inside the mysterious military installation.

The CIA is acknowledging the existence of Area 51 in newly declassified documents.

George Washington University’s National Security Archiveobtained a CIA history of the U-2 spy plane program through a public records request and released it Thursday.

National Security Archive senior fellow Jeffrey Richelson reviewed the history in 2002, but all mentions of Area 51 had been redacted.

Richelson says he requested the history again in 2005 and received a version a few weeks ago with mentions of Area 51 restored.

Officials have already acknowledged in passing the existence of the facility in central Nevada where the government is believed to test intelligence tools and weapons.

Richelson believes the new document shows the CIA is becoming less secretive about Area 51′s existence, if not about what goes on there.

Although the CIA now admits there really is an Area 51, it is still shrouded in secrecy. I searched for “Area 51″ and “Groom Lake” on Google Map, but got only this blanked and blurred-out image (I added the red arrows and labels).

I then searched for Nellis Air Force Base, a unit of which is the Nevada Test and Training Range (aka Area 51), and got this Google Map image (click to enlarge):