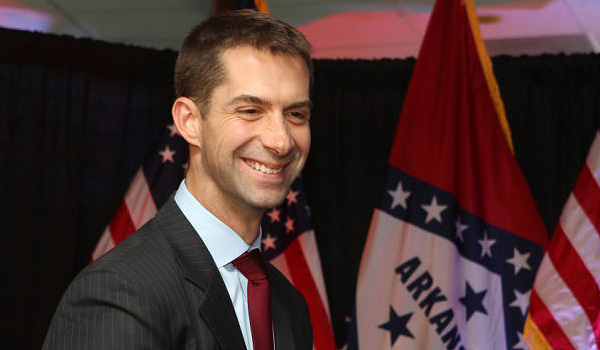 As you all know, the republicans need to take 6 seats in the senate to have the majority.  (7 if you want to be safe because John McCain would jump)  Montana, South Dakota , and West Virginia are looking like sure things.  Now, out of Arkansas, we are seeing good news.  Tom Cotton has decided to run for the senate.  Mark Pryor was already in trouble since both the left and the right have been attacking him on TV commercials.

There is a poll out that shows Cotton leading Pryor by two points.  And the best part of that news was that the poll was taken before Cotton even announced his candidacy.  Arkansas has been turning red for a number of years and the chances of Cotton winning the seat are great.  He is a true conservative and Arkansas is moving rapidly to the right, just as West Virginia has done.

I also have great news from my home state of South Carolina.  Voters will no longer have to choose between an avowed RINO, Lindsey Graham, and a stealth RINO, in Nancy Mace.  Lee Bright, after much urging, has decided to run for the seat.  I am as happy as a pig in slop.  Bright is a true conservative and does not apologize for being one.  His voting record as a member of the SC senate is impeccable.  As far as I’m concerned, a victory by Bright is the same as a pick up of a democratic seat.

Pryor did defend the second amendment for his constituents, but Mayor Doomburger and his group have run numerous commercials condemning him for his vote, which will hurt him among liberals and his undying support for Obamacare will hurt him among independent voters.  Cotton is staunchly against socialized medicine , voted to end Obamacare and the difference between the two candidates on that issue, could not be clearer.