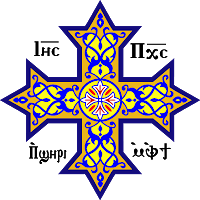 Sadly, the violence continues as the chaos that is war is upon Egypt. 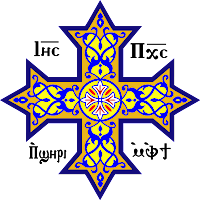 And the chaos erupted after Friday prayers as the battle began…a battle heralded in with the sound of AK-47s…a battle between the Morsi/Muslim Brotherhood supporters vs. government security forces.

And with that, the Muslim Brotherhood launched its so-called ‘Day of Rage’ (now stretched into a ‘Week of Rage’) as their answer to the government shutdown and destruction of their sit-in protest camps…camps where 638 of their supporters were killed and thousands were injured. But these fatalities and injuries are of their own doing for what you don’t hear from the media is the fact that the Muslim Brotherhood started the violence…started it as they try to NOT only reinstate Morsi as president, but also as they try to ethnically cleanse Egypt of its remaining Coptic Christian population.

And while at least for now the government security forces have stopped the Muslim Brotherhood from turning once secular Egypt into an islamic state, a long-term Muslim Brotherhood insurgency is most likely to become Egypt’s new reality. And the Coptic Christians are in even more danger than before as the military is being stretched thin, for now they’re forced to fight on two fronts…a front against the insurgency itself while at the same time trying to protect the Coptic Christians on another.

And hypocrites that we all know them to be, the Muslim Brotherhood continues to publicly bloviate that they condemn the attacks on the Coptic Christians…calling the attacks ‘barbaric’…by stating that Article 43 of the still-in-effect Morsi initiated constitution guarantees religious freedom…claiming that while they oh so conveniently forget that Article 2 of that very same constitution defines Egypt as a muslim state. And that means the constitution is still being interpreted through the tenets of sharia law…as in convert and subjugate to islam or die…for the Muslim Brotherhood’s goal has always been to restore the Caliphate and NOTHING less. 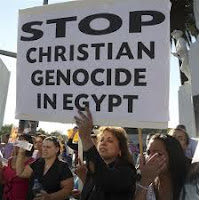 And towards their goal…that they still deny…of ridding Egypt of its Coptic Christian population, back on December 13, 2012, the rhetoric started as Muslim Brotherhood cleric, Dr Wagdi Ghoneim, appearing on Egyptian television, openly threatened the Coptic Christians with genocide.

Saying, “The day Egyptians, and I don’t mean the Muslim Brotherhood or Salafis, regular Egyptians, feel that you are against them, you will be wiped off the face of the earth. I am warning you now: do not play with fire.”

And guess what folks, this miserable excuse of a man was the imam at the Islamic Institute of Orange County California, until 2005…hmmm…I wonder if he and Barack HUSSEIN Obama ever crossed paths…wouldn’t doubt it …would you.

And almost immediately after Ghoneim’s statement came these words, also delivered on Egyptian television, by self-proclaimed imam and television preacher, Safwat Hegazy, “A message to the church of Egypt, from an Egyptian Muslim: I tell the church—by Allah, and again, by Allah—if you conspire and unite with the remnants (opposition) to bring Morsi down, that will be another matter.” (At this point he screamed “Allah-hu Akbar!” followed by chants of “With our soul, with our blood, we give to you, O Islam!”). ”There are red lines—and our red line is the legitimacy of Dr. Muhammad Morsi. Whoever splashes water on it, we will splash blood on him” (followed by more shouts of “Allah-hu Akbar!”).

And those words came from the same man who said just a year or so ago that, “Jerusalem belongs to us, and the whole world belongs to us…and that “every land upon which islam has set foot will return to us.” And if that’s NOT enough he also has said that, “we will kill everyone who has polluted the al-Aqsa Mosque.”

And these are the people Barack HUSSEIN Obama wants in power in Egypt as he turns his back on the Coptic Christians. Deeming them a nuisance standing in the way of his wish for Morsi’s return to power, Obama has publicly chastising and called to task the Egyptian military for his perceived violence against his muslim brethren. Yet Obama forgets that the Christians have lived peacefully in Egypt from before the days when the pseudo-religion of islam was born…lived peacefully side-by-side with Egyptian muslims until this miserable excuse of an American president decided to help overthrow Hosni Mubarak, an ally to America and a secular leader who was basically neutral toward Christians and even Jews…letting them live their lives in Egypt in relative safety and peace.

Proving even further that Obama’s loyalties do NOT lie with what should be his Christian brothers, the fact is that in the days leading up to the protests to oust Morsi, Obama had US Ambassador Anne Patterson meet with the Coptic Pope to ask him to urge the Coptic Christians NOT to join in the publicly known upcoming protests against Morsi.

All this adds credence to something we’ve all known for some time…Barack HUSSEIN Obama is NO Christian. Sitting in a church…especially in Mr. G-D America’s church…listening to the vile words spewed forth in this church most assuredly do NOT a Christian make, especially when one was raised on and indoctrinated to the islamic tenets taught in a madras in Indonesia.

And as weak and one-sided as Obama’s response to the events in Egypt have been, there’s also NO sign that Obama’s apathy toward the fate of the Coptic Christians in Egypt will ever become front page news here in America as the media continues to hide their plight…hides the fact that the Muslim Brotherhood will do all it can to if NOT kill them all outright will at least try to drive them out of their ancestral homeland.

But hopefully somehow the outrage felt by the American people (both Christian and Jew) will somehow be known to the Egyptian people…especially to the Coptic Christians…for we are anything but apathetic to what’s happening to them, as we stand united beside them in their quest for freedom and peace, and Barack HUSEIN Obama and his Muslim Brotherhood brethren be damned.