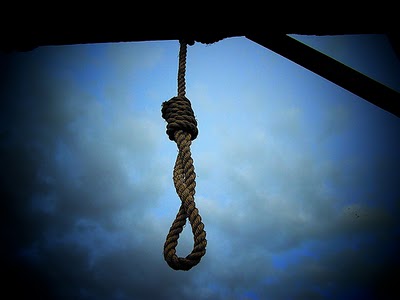 When we have so much diverse & even muddled dissemination of events presently happening in Cairo, Egypt focusing on the bloody uprising incited by Muslim Brotherhood militants spreading carnage under this magnanimous facade delegating them as “protesters”, it baffles me that there’s any hesitancy at all in designating these nihilist zealots as anything but a terrorist organization. They are & always have been terrorists by virtue of their history, their own public declarations of intent, & their stated methods for seeking global prominence leading to world dominance, thereby assuming arbitrary supremacy. In short, the Muslim Brotherhood has made it no secret what their ambitions are & what their ultimate goal is. Another harsh reality to go along with that, which some seem incapable of accepting for whatever cognitive defect of reason, is the indisputable fact that they will accept nothing less than the complete submission of those not of the Mohammedan persuasion they view as “Kafirs”. In other words: Us.

Yet as Egyptian Authorities weigh the option of outlawing the Muslim Brotherhood & declaring it a terrorist organization, recent reports surrounding Egypt’s tumult cite a death toll so far (which some are saying is a conservative estimate) at over 700. Yet as news of the bloodshed is haphazardly broadcast to the world, some have begun to discern an underlying slant towards sensitivity being insinuated into coverage for these alleged pro-Brotherhood protesters. A repugnant sense of sympathy despite the overall path of wanton destruction & death these insurgents have left in their wake against anti-Morsi demonstrators. Along that path is strewn the evidence of their having purposefully set ablaze Christian mercantile’s, an estimated 45 Churches & Christian institutions (Including an orphanage) during their spree on Friday in what these pro-Brotherhood protesters have termed for themselves as “a day of rage”. Meanwhile the media, not surprisingly, has remained silent on these acts of terrorism against Christians.

Given the Brotherhoods visceral hostility towards Christians, it’s not surprising to reach a point of plausibility when speculating then on Obama’s motives in his expressed support for both Morsi & this terrorist organization. Once you cross reference his motives for that support & contrast it in comparison with his own aggressive political attacks on those of various Christian faiths right here in the United States during the course of his Presidency, the parallels become striking, the motivation appears undeniably questionable, & yet still (as usual) nothing from those we futilely look to for leadership in our elected Representatives of this heedless opposition Party. Too many in the media have inaccurately (or deliberately depending on who you refer to) attributed naivety to Obama’s approach in his foreign relations policies. I maintain being naive has absolutely nothing to do with Obama’s perceived incompetence in his dealings with the Middle East. Nothing at all.

Under Muslim Brotherhood proxy Mohamed Morsi’s leadership, circumstances rapidly deteriorated from bad to worse for the Egyptian people in their country within a year of Morsi’s having come into Office as Egypt’s 5th President following what had been their first ever democratically free election. Circumstances finally reached critical mass however in late June of this year, leading to the largest recorded protest of over 17 million Egyptian people in Cairo’s Tahrir Square & surrounding territories, demanding Morsi’s removal from power. The Egyptian military ceded to the peoples demands & on July 3rd, 2013, (despite Obama’s previous effort on Morsi’s behalf to dissuade military action) initiated a coup which oversaw the removal & subsequent arrest of Morsi, as well as the immediate suspension of the Islamist-backed Constitution put in place by Morsi & his Muslim Brotherhood affiliates. In the course of events, Egyptian TV station, Al Jazeera Mubasher (commonly viewed as being pro-Muslim Brotherhood), was raided by security forces & taken off the air. Misr 25, the Brotherhood’s own channel, was also abruptly removed from the air.

{It’s also a point of interest to note that U.S. Officials have since acknowledged a connection to a coterie of Muslim Brotherhood members in Egypt linking them to the September 11th, 2012, terrorist attack of our U.S. Compound in Libya. While Officials have downplayed this groups role, other evidence suggests a much broader involvement as revealed in a leaked Libyan intelligence document dated approximately 4 days after the Benghazi attack that allegedly implicates Egypt’s deposed President Morsi directly to the assault by Islamic terrorists that led to the murder of our U.S. Libyan Ambassador Chris Stevens & 3 other Americans.}

I grant you that was an oversimplified abridgement to a complicated series of events, but the distilled contents you need to come away with is the refined understanding at the true nature of the threat we face as a nation by the Muslim Brotherhood. The very threat whom Barack Hussein Obama & others in our government have allied themselves with. An alliance the Egyptian people themselves have denounced Obama for having committed to. Now as turmoil rages at the instigation of Muslim Brotherhood vanguards throughout Egypt, world leaders seem to be chorusing a message of peace while urging Egypt’s transferal back towards a civilian led government. A civilian government they encourage to be inclusive of the Muslim Brotherhood. Apparently madness isn’t exclusive to our American politicians alone.

How do you co-exist with a species of animal whose singular purpose is to achieve domination over an entire world by any means necessary & with no compulsion in hesitating to execute the worst forms of violence & bloodshed to achieve that goal? You don’t. The Muslim Brotherhood isn’t just a terrorist organization. As experts have said, it’s literally the progenitor of virtually every offshoot radical Islamic group thought known to exist today. They’re not going away either & it is going to get worse before it gets better. Especially in this chronic vacuum of leadership we suffer from as a nation today. 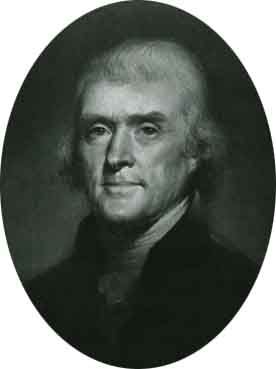 There’s a certain historical symmetry to this if you think about it. Our first foreign war as a fledgling country under President Thomas Jefferson was against Muslim Pirates of the Barbary Nations. However the troubles American commercial ships & their crews experienced with these Muslim pirates preceded Jefferson’s Presidency by several years. Since shortly after our Revolutionary War, in what is vaguely remembered today as the “Barbary Powers Conflict”, this had been a struggle which spanned the course of 4 Presidencies. From Washington, to Adams, Jefferson & finally ending with Madison. It wasn’t until Jefferson became President in 1801 that military force was brought into play as our 3rd President had determined after 2 decades of unprovoked attacks on Americans by Muslim terrorists that it was time to finally bring a decisive end to their scourge.

Engaging a newly assembled Naval fleet (which had been commissioned by George Washington during his Presidency & whose construction had been supervised under John Adams Presidency), U.S. Marines were sent overseas to confront those radical Muslim extremists of their day. Following a successful but costly 5 year long military campaign of both Naval bombardment & Marine assaults, Muslim aggressors in Tripoli finally capitulated & for a time ceased their aggression (incidentally, Tripoli is now known today as Libya). Jefferson hadn’t lightly entertained the idea of such an extensive military offensive merely on a whim. Prior to his advocating war against the Islamic ‘Barbary’ states of Morocco, Algeria, Tunisia and Tripoli”, Jefferson had acquired his own copy of a Quran in order to gain a deeper insight & perspective into the mind of those enemies whose pillaging & terror he intended to bring about the end of, having declared:

“Too long, for the honor of nations, have those Barbarians been permitted to trample on the sacred faith of treaties, on the rights and laws of human nature!”

Jefferson instinctively understood the meaning of what Chinese military General, strategist, & tactician Sun Tzu implied through the writings of his ancient Chinese military treatise, “The Art of War”, when he stated, “Know your enemy”.  Jefferson quite literally had taken a page from the very book of his Muslim adversaries & used it against them to obtain victory, having learned from their own teachings that for us to co-exist on the terms their Holy book decreed meant total submission & unconditional surrender on the part of America. 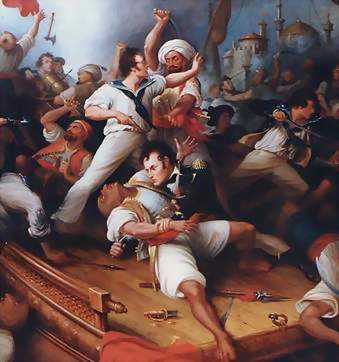 Jefferson reciprocated to the threat he faced in the only language that such uncivilized mongrels could interpret. He eradicated as many of them as he could, & it should be pointed out too that we’re essentially facing today the same unaltered enemy as Jefferson confronted in his day…Just over 200 years later! They were as primitive & culturally retarded then as they remain still today. Which stymies any rational mind possessed of reason & sense why such bizarre obeisance & pandering is given to such a loathsome, accursed, & zealously defiant people in the 21st Century.

It’s sorrowful when you gauge Jefferson’s virtuosity of leadership & hold it up as a standard against this travesty we’re tasked by as a nation today. By that very criterion we have no leadership worth speaking of at all, but given these contrary times we live in today, where having the temerity to express patriotism & love of country gets you labeled as an “extremist” & a “terrorist threat”, I guess you could chalk it up as being signs of the times. Adding insult to injury we have places in our United States where flying Americas Flag on a persons own property makes an individual susceptible to all forms of harassment & anti-American derision. Generally conducted by poltroons who hold in contempt the very country that grants them the freedom to be such noxious ingrates.

Now as Egyptian Authorities take the battle into the very homes of Muslim Brotherhood members, with Washington appearing to be in a quandary & divided on the issue of Egyptian aid, raising questions as to whom this administration supports in Egypt’s conflict (which I would think should be patently obvious by now), we’re only seeing the beginning. The stage is set here in the United States as well. Realized with each successive blow we sustain from Obama’s Presidency by the censurable leadership & demagoguery he has labored in to systematically lay waste to our nation on practically every level conceivable. Our southern borders are an open invitation for any potential threat to waltz through unmolested. Obama has wielded his bureaucratic scythe, effectively eviscerating our military. Then there’s the multitude of scandals. Flagrantly illustrating the tyrannous extremes Obama will invoke to oppress any dissent against his ambitions. Referring to it all as unbelievable just doesn’t do justice to everything we’ve been subjected to by this community & terrorist organizer.

Perhaps we need Egypt to come over & clean our house too while they’re at it.