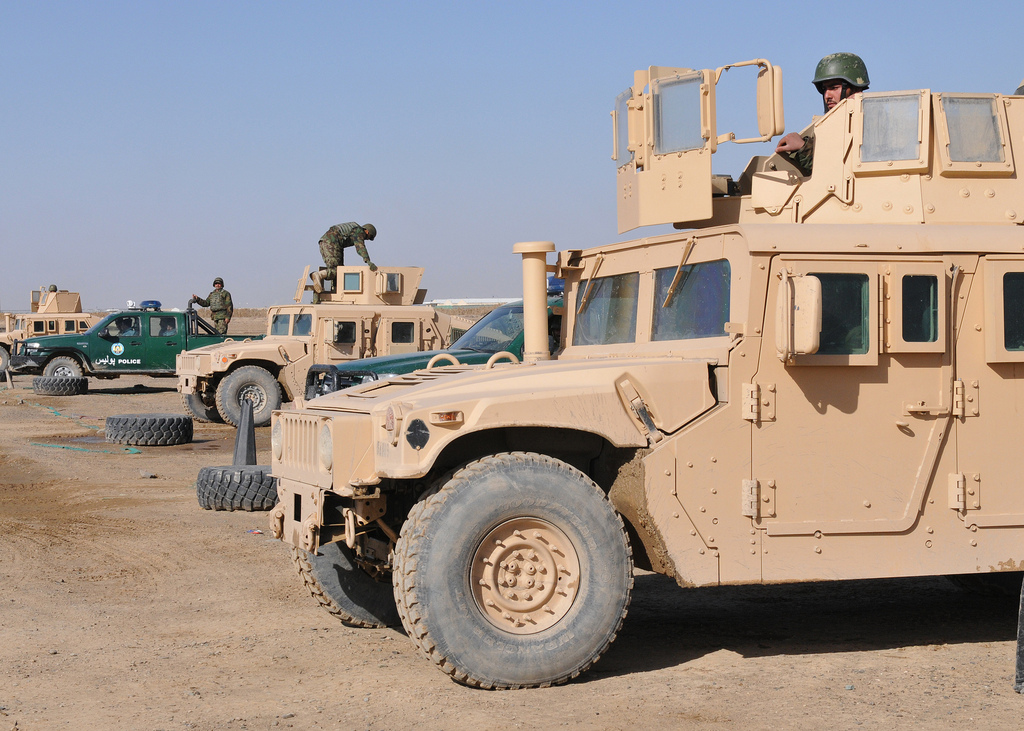 Retired Marine Col. Pete Martino voiced his concerns about the United States “building a domestic Army” during a local city council meeting in Concord, New Hampshire. Col. Marino believes that the current militarization of police forces is a real threat to Americans.

If you recall, Barack Obama suggest such a force when he ran for his first term back in 2008:

Col. Pete Martino spoke before the council during a testimony time and addressed the recent request of a Ballistic Engineered Armed Response Counter Attack Truck (Bearcat).

Martino, who claims to have worked as a military defense coordinator said (pick up the video around the 3:09 mark):

“We don’t need this.

I’m a retired… I was a retired Colonel in the Marine Corps.

I saw a sign hanging in the back that said we want “More Mayberry, Less Fallujah.”

I spent a year in Fallujah. You know what, when I first got there, I didn’t have armored Humvees.

I spent…I traveled over 10,000 miles over there. Sometimes you had to deal with and go with what you had. That’s part of the job, for one.

And second thing was… I was a Ministry of Defense Coordinator, where my job was to man, train and equip the Iraqi Army…and I can tell you right now…Somebody had the idea to get rid of the Iraqi Army…When we rebuilt it, we did everything we could to make it as strong as possible. And I’ll tell you right now, Homeland Security would kick their butts in a week.

What’s happening here is we’re building a domestic military because it’s unlawful and unconstitutional to use American troops on American soil. So what we’re doing is building a military.

My best friend, who is a SWAT officer in Nashua (NH), came to Iraq with me to train the Iraqi police, sent me a picture of him in the media, on the streets of Watertown, MASS, wearing the exact same combat gear we had in Iraq, only was a different color.

The way we do things in the military is called “task organization.” You take a command and then you attach units to it in order to accomplish the mission. What’s happening is, Homeland Security is pre-staging gear, equipment. What they’re trying to do is use standardized vehicles, standardized equipment.

I saw a picture in the Boston Globe during the Boston Marathon bombing, where there was a State police officer…actually there were two officers, they both had identical helmets, flak jackets, weapons, everything I wore in Iraq, only it was all blue. The officer on one side had a big patch that said Massachusetts State Police…the other officer next to him…his patch said Boston Police.

What we’re doing here, and let’s not kid about it, we’re building a domestic army, and we’re shrinking the military because the government is afraid of its own citizens.

The last time more than 10 terrorists were in the same place at the same time was September 11th. And all these vehicles in the world wouldn’t have prevented it or helped anybody.

So I don’t know where we’re gonna use this many vehicles and this many troops. Concord is just one little cog in the wheel. We’re building an army over here, and I can’t believe people aren’t seeing it.

The crowd then erupted in applause and “thank you” could be heard coming from some. The colonel offered to field questions from those present, but none were offered.

Freedom Outpost’s Joshua Cook recently reported on what is taking place in the city. An estimated 200 people came out to protest the purchase of the Bearcat.