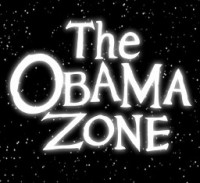 As recent reports have emerged from sources inside of Egypt detailing further grisly acts of terrorism committed by Muslim Brotherhood militants, the latest involves 2 bus loads of Egyptian policemen in Egypt’s north Sinai having left their base in Rafah city Monday, making their way home for vacation when they came under attack by rocket propelled mortar rounds. Brotherhood militants bound the hands of the unarmed officers behind their backs, laid them face down on the ground, & shot them point blank in the head killing 25. This latest onslaught comes as statements are released declaring the Muslim Brotherhoods war against Coptic Christians of the region in what one Coptic leader has described as nothing less than attempts at “ethnic cleansing” by the Muslim Brotherhood. Given then the enormity of violence & bloodshed initiated by these murderous blackguards since the removal of their vitiated surrogate Mohamed Morsi in July, any so-called judicious minded person who would still insist on the inclusion of these sadists into any form of an Egyptian civilian led government suffers from a specious form of madness. One similar to a fool who would seek making a house pet out of a 150 pound Rottweiler with advanced stage rabies.

Meanwhile back on the Capitol Hill Ranch, as the debate of whether or not to cut U.S. aid to Egyptian Authorities intensifies, this issue pivots back to yet another point of contention that seems to have lawmakers equally divided: how exactly to designate the Egyptian military’s removal of Morsi from Office. Do they refer to it as a “coup” as the Egyptian military’s own actions suggest & as some lawmakers insist it is, or what? Republican Sen. Kelly Ayotte told NBC’s “Meet the Press.”, “I don’t see how we can give them aid in light of what has happened. I do support suspending aid to Egypt at this time.”, with that sentiment being echoed by Rhode Island Democrat Senator Jack Reed, also featured on NBC’s “Meet the Press.” saying, “I do think we can send a strong signal by suspending aid.”

Republican Rep. of New York, Pete King made the statement, “The fact is, there are no good guys there, But of the two, I think there is more opportunity to protect American interests if we work with the military and continue our relationship with the military.”  That’s a rather ambiguously conciliating statement for King to make in my opinion. He’s basically saying the Egyptian military is no better than the cutthroats of the Muslim Brotherhood. With that kind of prevalent vacillating rhetoric being typical, it’s no wonder why so many Americans these days feel our country’s a ship in a hurricane with no one manning the rudder.

Irrespective of how our own clueless politicians here may wish to define the Egyptian military’s deportment in conducting their own affairs for the sake of political convenience, or expediency, I’ve had it put to me from a more reliable source with feet on the ground at what it was that saw to the removal of Morsi & his homicidal confederacy of Muslim Brotherhood sociopaths. My source is a recently established friend made possible through the wonderment’s of social networking named Hany Ghoraba. Hany is a journalist & Egyptian businessman whom I am privileged & honored to know. As he expressed to me, what took place in Egypt back in July wasn’t a “coup”. Not to the Egyptian people. It was “Revolution”. They want the world to understand this. Who then are we to gainsay them? Given the striking similarities we as Americans are contending with in our own government every day, it’s no stretch of the imagination to guess why Obama & several others in Washington would be reluctant to define such a “liberating” term as Revolution for being the spark which ignited the combustible tinder to these events playing out in Egypt now.

What took Hosni Mubarak 30 years to bring about with his regime, Mohamed Morsi & his archaic cast of throwbacks succeeded at in one. After all, these are the people who had finally managed to succeed in overthrowing a despised dictator after 3 decades of autocratic abuses. They weren’t about to go through all the effort of protests & an uprising to remove one variation of bad after so long, simply to exchange it for an even worse version. One that would have had no end in sight under the more oppressive & uncompromising brutality of the Muslim Brotherhood.

As Hany details from first hand experience in the following excerpt from his June 26th, 2013 article published at wespeaknews.com, titled; “…. and that’s why Egyptians are revolting again!!”, he goes on to say:

“Qualis artifex pereo!” “What an artist is now about to perish!” ~Emperor Nero~

These words were the last words uttered before the mad Roman Emperor Nero commits suicide after burning the immortal city of Rome. The question: what will be Morsi’s last words before he steps down as president . Will it be “Quae iam peritura philosophorum” which stands for: “What a philosopher about to perish!”, hence his Honorary Doctorate degree strangely awarded to him by Pakistanis, or will be it be  “Quae iam peritura fascist!”, which means as “What a fascist about to Perish!”

The Islamists and their affiliates are lobbying in the USA and utilizing their outlets like CAIR backed by the Qatari propaganda machine Al Jazeerah International to fabricate blatant lies about the real situation in Egypt. In Many cases the Islamists propaganda machine Al Jazeerah, has been reporting for almost a year that Morsi is the popular president who is fought unfairly by his secular adversaries in Egypt. The latter were always portrayed by Al Jazeerah and their Islamist lobby in USA and UK as being ironically anti-democratic and they don’t respect the will of the people, which is the complete opposite.

For over a year through their recently formed viscous lobby in the USA, UK and with the help of the Qatari allies, the Muslim Brotherhood attempted to portray themselves as the moderate Islamists who are lenient towards the west and believe in democracy. This claim couldn’t be further from the truth with Morsi consolidating his powers in Egypt to a God-like president worse than any time since 1952. His main allies are former active terrorists like Gamaa Islamiya elements who committed atrocities in Egypt since the 1970s and ending by a massacre of Tourists in Luxor in 1997 killing over 50 innocents and injuring dozens.

Ironically Morsi has appointed a member of that group as the new governor of Luxor in June 2013. A move that has sent a message to the civilized world that not only is the Morsi regime tolerant for terrorism but actually rewards their ill deeds with political positions. After an international scandal for this appointment and under public pressure, the governor resigned but the damage was done to the tourism industry.

Muslim brotherhood possesses an army of sympathizers in the western press who are usually happy to analyze the facts to their favour. That group of journalists write in the most prestigious of international newspapers and periodicals in the west.~

The parallels of Hany’s experience mentioned in those excerpts are eerie & disturbingly familiar wouldn’t you say? A duplicitous media & press (some of those “western press” undoubtedly being our own I’m ashamed to say) colluding with corrupt officials to help advance a propagandizing narrative of disinformation to the masses. A corrupt President who rewards equally corrupt subordinates & colleagues with lucrative promotions for their services & loyalty. That’s not even half of Hosny’s story either. You have to read for yourself the extent of the depredations & suffering the people of Egypt sustained in just a years time under Morsi’s downplayed malevolence. This is just one mans chronicle of events too. That’s not taking into account the hundreds of thousands of other chapters in this story waiting to be told. Even the tales for the telling of those whose own chapters had been brought to a tragically premature end in the course of this epic.

When you finish reading Hosny’s story & you’re sitting there digesting what you’ve just read: Remember! Barack Hussein Obama supported Morsi. Barack Hussein Obama supports the Muslim Brotherhood & has facilitated their incursion into our government by way of his own administration. The Egyptian people saw this for themselves. Why do you think they condemned Obama for supporting terrorism? Former Florida Republican Rep. Allen West had wrote on his Facebook Page, “We do have Muslim Brotherhood affiliated groups and individuals infiltrated into this current Obama administration. This is serious.” 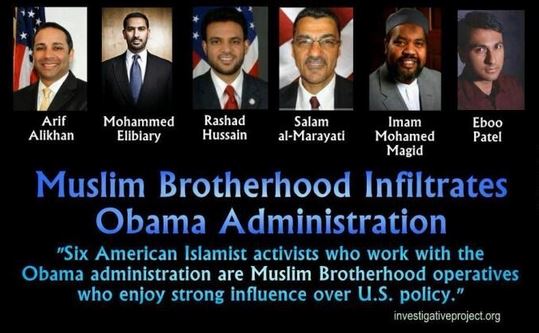 I’m old enough to remember the days not so long ago when the character of a man was still judged by the company he kept. That was before Obama emerged from the shadows of obscurity to go from zero to hero virtually overnight, heralding with his arrival this bizarre accelerated inversion we seem to have undergone, where now wrong is made to seem right, & what once was right is now ridiculed, persecuted, mocked, & even made punishable by law in some instances. Think on that & understand: We’re beyond the point of having the enemy at the gate. They’re inside & walking among us bidding their time.