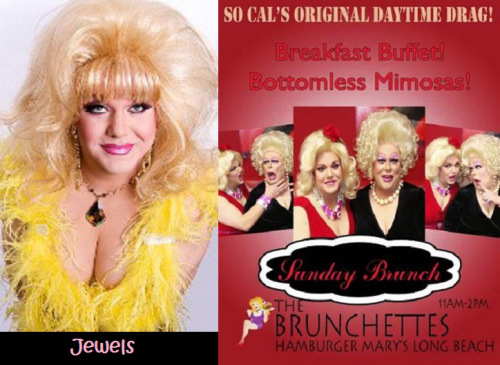 The military doesn’t have money for July 4th Independence Day celebrations this year because of budget cuts. (Those celebrations were canceled at the Marine Corps Logistics Base in Albany, Georgia, and the Camp Lejeune Marine Corps Base and the Army’s Fort Bragg in North Carolina.)

But on August 8, 2013, the Los Angeles Air Force Base (LAAFB) invited a drag queen musical group, Jewels and the Brunchettes, to perform as part of its celebration of Diversity Day.

The drag queen performance sparked outrage among some airmen who called the performance “totally offensive and inappropriate.”

One airman told Fox News he was troubled when three individuals dressed in drag began performing on the air base: “I am really surprised that this happened on a military installation. I get that people want to be able to have committed relationships with members of the same sex, but this crossed the line.”

The airman said it was ironic that the Air Force is cracking down on Christians being able to openly share their faith but they would allow individuals to dress in drag: “We can’t even have Bibles on our desks. This base is not a platform for political agendas. It is a military installation. The display was totally inappropriate and offensive.”

Photographs of the event (see below) show an individual wearing a giant wig performing to a sparse crowd underneath the American flag. It’s unclear whether the individuals in high heels and form-fitting dresses are members of the Air Force.

In response to Starnes’ email, the U.S. Air Force issued a statement confirming that the LAAFB Diversity Day was meant to “foster equality and diversity in the workplace” and featured 8 “cultural groups,” including a well-known drag queen group, Jewels and the Brunchettes, who were invited to perform because drag is a “symbol of gay pride and unity.”

Peggy Hodge, a spokesperson for the USAF Office of Public Affairs, said in the written statement:

“Drag acts to this day represent the struggle for freedom and equality of the LGBT community, while at the same time providing a deep-rooted historical form of entertainment for the LGBT culture. Drag queen acts are historically one of the main forms of entertainment in the LGBT culture, having its roots in the earliest of days of the gay rights movement. [Individuals dressing in drag harkens to the days of the Stonewall riots when a gay bar was raided by police.] What followed was the brutal beating and jailing of several men dressed as women. This is commonly accepted as the start of the gay rights movement in the United States. [As a result of the Stonewall riots] the wearing and performing in drag became a symbol of gay pride and unity.”

The military said the drag queen group did not include any members of the Air Force.

An Army spokesman told Fox News that Smith was speaking from an outline and did not have a transcript of her remarks, but The Blaze obtained a partial video of her speech where she asked military personnel to be accepting of diverse cultures and lifestyles.