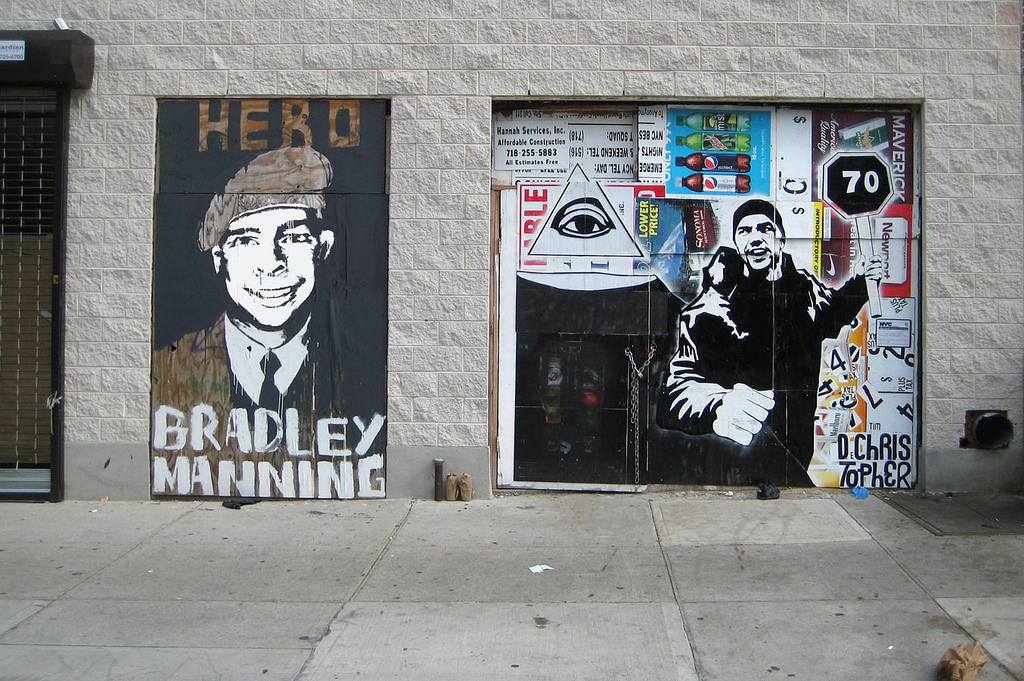 Bradley Manning was sentenced to 35 years today by Judge Denise Lind, an Army Colonel. Manning will be required to serve at least 1/3 of the sentence minus time served which will make him eligible for release at the age of 33. Manning is 25 years old and has already served 3 1/2 years.

Manning was convicted of multiple charges last month including several under The Espionage Act and faced up to 90 years in prison.

Judge Denise Lind, an Army colonel, said Manning was dishonorably discharged. He was also reduced in rank and forfeits all pay.

Manning stood at attention, flanked by his attorneys, to hear the verdict with his aunt, Debra Van Alstyne, sitting behind him. He did not appear to react when the sentence was read.

As Manning was escorted out of the packed courtroom, more than half a dozen supporters shouted out to him, “We’ll keep fighting for you, Bradley! You’re our hero!”

The decision was immediately condemned by the American Civil Liberties Union.

“When a soldier who shared information with the press and public is punished far more harshly than others who tortured prisoners and killed civilians, something is seriously wrong with our justice system,” said Ben Wizner, director of the ACLU’s Speech, Privacy and Technology Project.

The government had asked the judge to sentence Manning to 60 years. “There is value in deterrence, your honor; this court must send a message to any soldier contemplating stealing classified information,” said Capt. Joe Morrow, a military prosecutor. “National security crimes that undermine the entire system must be taken seriously.”

Opinions on Manning are quite varied. It is my belief that many more Americans are in the corner of Edward Snowden than Bradley Manning.

My personal opinion on Manning is that he is more traitor than hero but I don’t know that I have ever formed a concrete opinion. I think this is much more an indictment of a military who would put someone like Bradley Manning in the position that it did. We have learned that the young man was pretty soft for a soldier. We have also learned that he had a gender identification disorder which the military knew about. He was not necessarily a mentally stable individual and I think there needs to be more effort toward screening to put the right men and women in the right positions.

With that said, that is only one man’s opinion and I would certainly love to hear what everyone else thinks.

One thing is for certain. Bradley Manning will have some time to think about the consequences of his actions.

Too harsh? Too lenient? Just right?