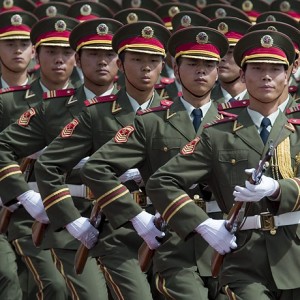 If you believe that China is our “friend”, then you have been deceived.  While U.S. politicians, the mainstream media and the U.S. military may consider China to be a “friend” and a “partner”, the Chinese see things very, very differently.  As you will see below, documents produced at the highest levels of the Chinese government make it abundantly clear that China considers the United States to be a mortal enemy.  Unfortunately, in the west we have naively assumed that if we opened up trade with China that they would want to be more like us.  Instead, opening up trade with China has allowed them to severely damage us economically while continuing to loudly denounce “western constitutional democracy” at the same time.

The truth is that China is not like us and they never intend to be.  The Chinese people do not get to choose their leaders in free elections, and the Communist Party in China never intends to allow that to happen.

The Chinese people do not have freedom of speech or freedom of religion, and the Communist Party in China never intends to give the general population those freedoms.

In most cases, Chinese families do not even have the freedom to have more than one child, and if a Chinese family tries to buck the system a mobile abortion van may show up at their front door.

The Chinese system is horribly repressive, and in many ways it continues to get even worse.

This attitude comes through very clearly in a Chinese government memo known as “Document No. 9″ that the New York Times was recently able to get a copy of…

Communist Party cadres have filled meeting halls around China to hear a somber, secretive warning issued by senior leaders. Power could escape their grip, they have been told, unless the party eradicates seven subversive currents coursing through Chinese society.

These seven perils were enumerated in a memo, referred to as Document No. 9, that bears the unmistakable imprimatur of Xi Jinping, China’s new top leader. The first was “Western constitutional democracy”; others included promoting “universal values” of human rights, Western-inspired notions of media independence and civic participation, ardently pro-market “neo-liberalism,” and “nihilist” criticisms of the party’s traumatic past.

“Document No. 9″ sounds very similar to another “anti-western Communist Party document” that was reported on earlier this year in the Sunday Times by Michael Sheridan…

A hostile anti-western Communist Party document circulating among hundreds of Chinese officials has given the first proof that Xi’s leadership is set on a hard line against liberal foreign influences.

It tells officials they must “completely understand the harm of viewpoints and theories propagated by the West” and emphasises the need for China to “stand up against the West” by becoming rich and strong.

The communist faithful are exhorted to strengthen their leadership, to be “relentless” in political guidance and to “use battlefield tactics” to defeat liberals and dissidents.

China has no intention of becoming more like us.  In fact, Chinese officials hate our liberties and our freedoms.

And the Chinese military actually considers the United States to be their “enemy-in-chief”.  That is exactly how the U.S. is described in a recent paper which was drafted by the PLA’s deputy chief of staff…

China’s military considers the United States “enemy-in-chief” and, as it has done for decades, maintains a shroud of secrecy around the PLA’s size, capabilities, and intentions. That much is clear from a recent paper written by the PLA’s deputy chief of the general staff, the number two military man in China, for the Study Times, the official newspaper of the Communist Party School.

In addition, some top military officials in China have even advocated using nuclear weapons against the United States first in the event of a military conflict between our two countries…

Gen. Zhu Chenghu expressed willingness to abandon China’s “no first use” nuclear weapons policy, to defend its claim over Taiwan and argued that China should use nuclear weapons against the United States should its military interfere. A 2011 editorial in the Global Times (an English edition of the Communist Party of China’s official newspaper) warned that countries involved in sea disputes with China “need to prepare for the sounds of cannons.”

For now, China is content to trade with us because it benefits them.  Chinese officials consider every interaction with the west to be part of a grand game of chess which is marching toward an inevitable conclusion, and they very much plan on being the victors.

And without a doubt, China is defeating the United States on a whole host of fronts right now.  The following examples are from one of my previous articles entitled “40 Ways That China Is Beating America“…

#1 When you total up all imports and exports of goods, China is now the number one trading nation on the entire planet.

#3 Overall, the U.S. has run a trade deficit with China over the past decade that comes to more than 2.3 trillion dollars.

#4 China now has the largest new car market in the entire world.

#5 China has more foreign currency reserves than anyone else on the planet.

#6 China is the number one gold producer in the world.

#7 China is also the number one gold importer in the world.

#8 The uniforms for the U.S. Olympic team were made in China.

#9 85 percent of all artificial Christmas trees are made in China.

#10 The new World Trade Center tower is going to include glass that has been imported from China.

#11 The new Martin Luther King memorial on the National Mall was made in China.

#12 One of the reasons it is so hard to export stuff to China is because of their tariffs.  According to the New York Times, a Jeep Grand Cherokee that costs $27,490 in the United States costs about $85,000 in China thanks to all the tariffs.

#13 The Chinese economy has grown 7 times faster than the U.S. economy has over the past decade.

#14 The United States has lost a staggering 32 percent of its manufacturing jobs since the year 2000.

#15 The United States has lost an average of 50,000 manufacturing jobs per month since China joined the World Trade Organization in 2001.

#16 Overall, the United States has lost a total of more than 56,000manufacturing facilities since 2001.

#17 According to the Economic Policy Institute, America is losing half a million jobs to China every single year.

#18 China now produces more than twice as many automobiles as the United States does.

#19 Since the auto industry bailout, approximately 70 percent of all GM vehicles have been built outside the United States.

#20 After being bailed out by U.S. taxpayers, General Motors is currently involved in 11 joint ventures with companies owned by the Chinese government.  The price for entering into many of these “joint ventures” was a transfer of “state of the art technology” from General Motors to the communist Chinese.

#22 The United States has lost more than a quarter of all of its high-tech manufacturing jobs over the past ten years.

#23 China’s number one export to the U.S. is computer equipment, but the number one U.S. export to China is “scrap and trash”.

#25 China now consumes more energy than the United States does.

#26 China is now the leading manufacturer of goods in the entire world.

#27 China uses more cement than the rest of the world combined.

#28 China is now the number one producer of wind and solar power on the entire globe.

#29 There are more pigs in China than in the next 43 pork producing nationscombined.

#30 Today, China produces nearly twice as much beer as the United States does.

#31 Right now, China is producing more than three times as much coal as the United States does.

#33 China now produces 11 times as much steel as the United States does.

#34 China produces more than 90 percent of the global supply of rare earth elements.

#35 China is now the number one supplier of components that are critical to the operation of U.S. defense systems.

#36 A recent investigation by the U.S. Senate Committee on Armed Services found more than one million counterfeit Chinese parts in the Department of Defense supply chain.

#37 15 years ago, China was 14th in the world in published scientific research articles.  But now, China is expected to pass the United States and become number one very shortly.

#38 China now awards more doctoral degrees in engineering each year than the United States does.

#40 The Chinese have begun to buy up huge amounts of U.S. real estate.  In fact, Chinese citizens purchased one out of every ten homes that were sold in the state of California in 2011.

Sadly, most of the people that will end up reading this article will not take it seriously.

In fact, there will inevitably be quite a few comments left after this article mocking the idea that China considers us to be “the enemy”.

A lot of Americans have been deluded into thinking that China “needs us” and that they always will.  But that is not how the Chinese think.  Once they have extracted as much wealth and technology from us as they want, they will have no problem turning on us.

The Chinese truly believe that their system is superior to ours and that they will win in the end.  Most Americans will never understand this until it is far too late. 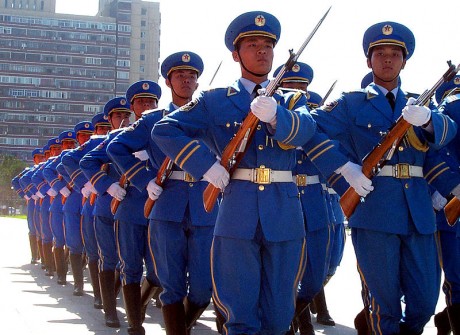 Michael Snyder is Editor of End of the American Dream and a contributor to The D.C. Clothesline.