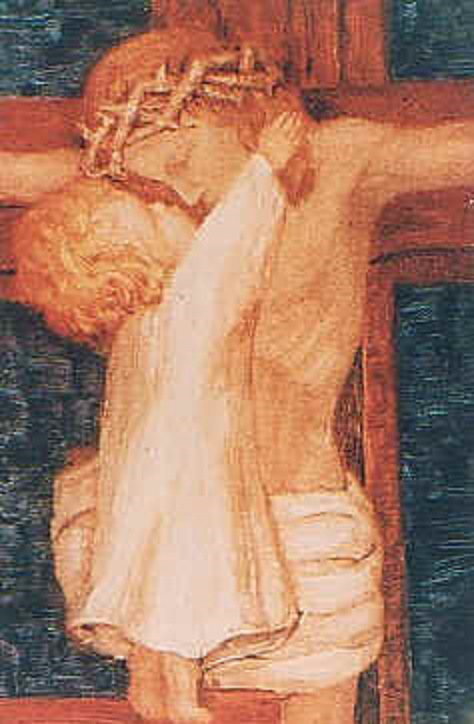 There’s a Facebook (FB) page called “Virgin Mary Should’ve Aborted,” which would make Jesus an abortion statistic, like the more than 50 million aborted American babies since 1973.

Ben Johnson reports for LifeSiteNews, Aug. 6, 2013, that although Facebook has blocked accounts belonging to Christian ministries, Sarah Palin fans, and a Fox News commentator as offensive, a page that states the “Virgin Mary Should’ve Aborted” is still going strong.

The FB page says that God raped the Virgin Mary [then how can she still be a virgin? ~Eowyn] and speculates on the sex life of Mary, Jesus’ Blessed Mother.

The blasphemous page’s administrators say they are women in their 20s going by the names “Z” and “Lilith” so believers “don’t hunt us down and kill us for our beliefs.”

[Contemporary pro-abort “feminists” have taken a fancy to the nameLilith — a Hebrew name for a figure in Jewish mythology, developed earliest in the Babylonian Talmud, who is generally thought to be in part derived from a class of female demons. ~Eowyn]

Z and Lilith revile all religious belief and believers while glorifying abortion and drug use. Proclaiming “We are not just against Christianity, we are against ALL organized religion…including Islam!,” the two women also favor the use of drugs, saying, “Thou shalt puff, puff pass.”

“Lilith” describes “herself” as “pro-abortion for myself, pro-choice for others.” She admits to having “a massive lady crush” on Sarah Slamen, whom Lilith calls a “f—-ing idol.” Slamen is a pro-abortion protester who was removed after an outburst in the Texas Capitol.

Although Z and Lilith say their FB site is satire, others say the page’s open hatred of the Christian faith and religious belief violates Facebook’s “Community Standards”.

Facebook’s “Hate Speech” policy states: “While we encourage you to challenge ideas, institutions, events, and practices, we do not permit individuals or groups to attack others based on their race, ethnicity, national origin,religion, sex, gender, sexual orientation, disability or medical condition.”

That has spurred Christians into action. Cary Bogue, a ministerial student in his mid-50s, founded his page, “Catholics and Protestants Against Facebook Discrimination,” the purpose of which is “to remind [Facebook founder] Mark Zuckerberg and his company they need to follow their own guidelines. We will not be silent!” Bogue, who is president and founder of Project Wildfire, asks “all Catholics and Protestants to stand with us against the anti-Christian bias clearly being shown by Facebook.”

Conservatives have long complained of a double standard about which pages are censored and why. Some examples:

Two days after Ben Johnson first reported on the “Virgin Mary Should’ve Aborted” Facebook page for LifeSiteNews, he wrote a follow-up that the page had been taken down.

Alas, I must report that the blasphemous noxious page is still on Facebook, which you can verify for yourself by clicking here. The page has 8,383 “likes”.