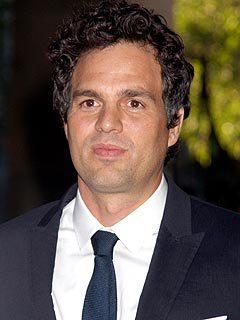 In a column for the website Stop Patriarchy, actor Mark Ruffalo propagandizes for  the killing of unborn babies with a tear-jerking account of how his mother was “driven” to  the illegal murder of Ruffalo’s sibling.

Ruffalo, who was raised Roman Catholic,  is best known for portraying Marvel Comics character Bruce Banner/The Hulk in the 2012 blockbuster The Avengers.

Ruffalo writes (my editorial comments are in italics, colored teal):

I am a man. (Gosh, you don’t say!) I could say this has nothing to do with me.(Yes, it does. The murder of human beings concerns everyone, man and woman.) Except I have two daughters and I have a mother who was forced (We are all given free will. No one, including your mother, is ever forced to do anything.) to illegally have an abortion in her state where abortion was illegal when she was a very young woman. It cost $600 cash. It was a traumatizing thing for her. (Imagine, Mark, the trauma of your unborn sibling being  killed.) It was shameful and sleazy and demeaning. When I heard the story I was aghast by the lowliness of a society that would make a woman do that. (I am aghast by the continuing lowliness of a society that sanctions the killing of not-yet-born human life.) I could not understand its lack of humanity; today is no different. (Today is no different? Then why do the pro-aborts so fiercely protect the historic Roe v. Wade Supreme Court ruling?)

What happened to my mother was a relic of an America that was not free nor equal nor very kind. (Is it kind, Mark, to kill innocent, albeit very small, human beings against their will?) My mother’s illegal abortion marked a time in America that we have worked long and hard to leave behind. It was a time when women were seen as second rate citizens who were not smart enough, nor responsible enough, nor capable enough to make decisions about their lives. (There you go again, Mark, repeating one of the Left’s favorite lies that anyone who disagrees with the Left must be stupid. Tsk, tsk.) It was a time that deserved to be left behind, and leave it behind we did, or so it seemed.  We made abortion and a woman’s ability to be her own master a Right. (Killing is now elevated to being a woman’s right. Our Founding Fathers must be weeping.) That Right was codified into law.  That law was the law of the land for decades.  My own mother fought to make herself more than a possession; she lived her life as a mother who chose when she would have children, and a wife who could earn a living if she so chose.  I want my daughters to enjoy that same choice (–of killing my own grandchildren!). I don’t want to turn back the hands of time to when women shuttled across state lines in the thick of night to resolve an unwanted pregnancy, in a cheap hotel room just south of the state line.  Where a transaction of $600 cash becomes the worth of a young woman’s life.  ($600 is still $600 more than the worth of your aborted sibling’s life, Mark.) So that is why I am lending my voice to you and your movement today.  Because I actually trust the women I know (to kill and “Do As They Will” — the motto of the Church of Satan!).  I trust them with their choices, I trust them with their bodies and I trust them with their children (– only the children that are allowed to live).  I trust that they are decent enough and wise enough and worthy enough to carry the right of Abortion (Infanticide) and not be forced to criminally exercise that Right at the risk of death or jail time.

Mark Ruffalo, you’re so stupid you haven’t even thought of this:

But for the grace of God, it could be your sibling, instead of you, writing this obscene column about how proud s/he is that your good ol’ mum had aborted you.

Mark Ruffalo, you make me puke.

I now vow I will NEVER watch any movie or TV show you’re in. EVER.