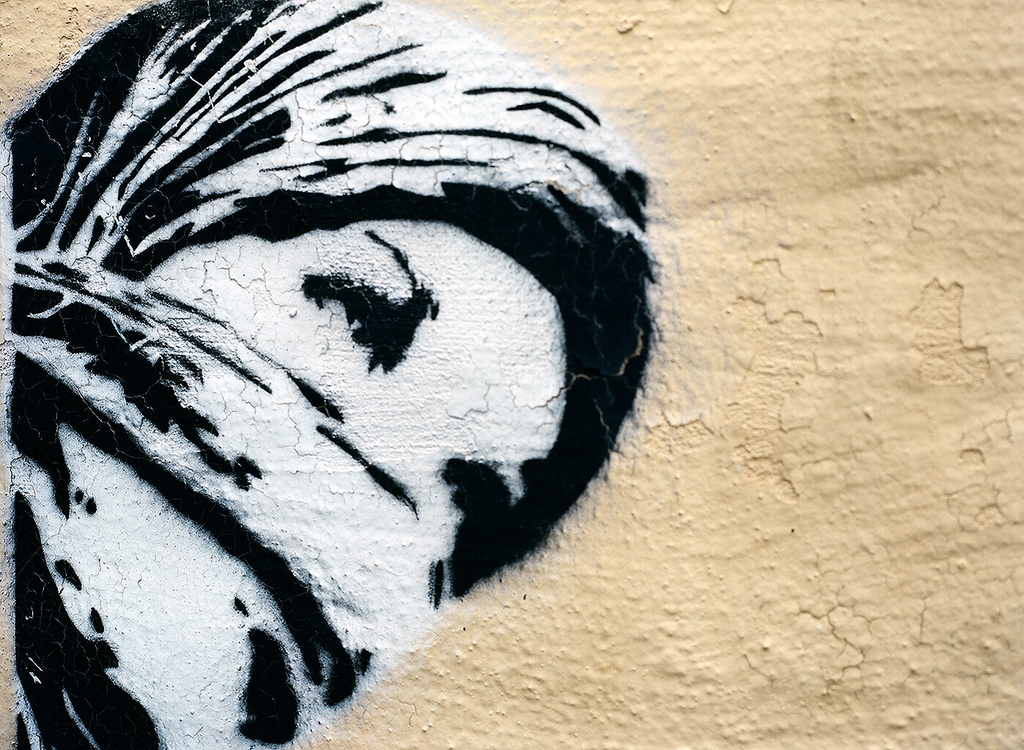 The religion of peace has left yet another body in pieces. Evidently a Pakastani Cleric didn’t appreciate his wife refusing to wear a veil and sending their children to school and decided to take matters into his own hands. On Wednesday he decided that he would simply cut her into pieces, ten pieces to be exact, for her refusal to accept his authority and interpretation of Islamic law. He claimed that he had to do it to avoid responsibility for her sins.

A cleric cut his wife into pieces on Wednesday for refusing to wear a veil and sending their children to school, police said.

They said the body was recovered from near their house. They said they found his confession on the body and had also recovered the weapon he had used.

The body has been handed over to the family following a post-mortem examination.

A case has been registered against the confession-killer, who the police said had been missing.

Ahmad Aziz, father of the deceased Farzana Bibi, 36, said that she married Muhammad Sharif, 42, a resident of Bakkhal Bhir in Mumtazabad Colony.

They had three children.

Aziz said that Sharif led prayers at the neighbourhood mosque and also gave Quran lessons at their home. He said Sharif was short-tempered and would often beat up Farzana Bibi. He had been telling her to cover her face when she left the house.

Aziz said Farzana Bibi wore an abaya (gown), but did not want to cover her face.

He said they often quarreled over the matter.

Police said Aziz was informed about the incident by the police shortly after they found Farzana Bibi’s body. Police said it had first been seen by a neighbour, who informed the police.

Police said in his note, Sharif had confessed to killing Farzana Bibi.

He wrote that he had deemed his action the best way to “punish his wife for rebelling against Allah’s orders”. He wrote that he wanted all women to learn from their example.

He said he had not wanted his children to study at a school. Instead they should have gone to a religious seminary. He said Farzana Bibi had enrolled their children into an English medium school against his will. He said he had wanted to punish her for that, too.

He said he had been telling her to cover her face with a veil when she stepping outside, but she had not listened. He also wrote that he did not want to be responsible for her sins and thus killed her.

He said it had taken him time to make up his mind for this.

On Wednesday morning, after the children left for school, he wrote, he attacked her with a sharp knife, used to slaughter animals. He later cut the body into 10 pieces.

The station house officer said a police team was looking for Sharif. He said the children had been handed over to the parents of the deceased.

Multan is in the Punjab Province of Pakistan.

So why do I keep reporting this stuff? Personally it turns my stomach to read these things but America has to know. These things happen on a daily basis all over the world and this religion is dangerous.

Do crazed Christians do abominable things? Sure.

But when some Christians in South America throw a baby on a bonfire thinking it is the anti-Christ it becomes huge international news. These Islamic crimes happen every single day and our media rarely reports them.

The difference is in what people cite for their justification. Outside of Islam you don’t find a lot of people committing murders, like the crazed Christian cultists mentioned above, and saying that it was justified because of religious beliefs. Understand? That is the danger.

You do not have to hate Muslims to understand that a very large percentage of them are really bad seeds. I am going to keep putting this stuff in print because America needs to wake up.

The more Muslims we let into this country the more we will start to see things like this happen on a daily basis in America.

That’s not bigotry. It’s a fact.